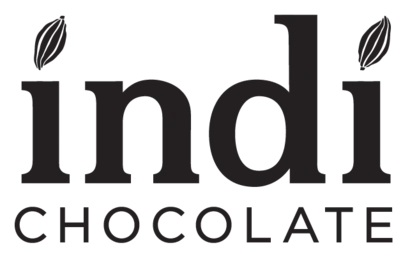 Join the Chocolate Maker of Pike Place Market, indi chocolate, and authors Amber and Jake Royer for an evening of fun, prizes and tasting the savory side chocolate.

During the event, you will be able to taste samples from the Cooking With Chocolate Cookbook that include:

Along with cacao based tea from indi chocolate.

Cooking with Chocolate — There are Herbs in my Chocolate started as a demo project for an event at the Royers’ local herb society. The book features both sweet and savory chocolate recipes that coax out chocolate’s diverse flavor profiles and match them with culinary herbs. Chocolate can be earthy, bitter, nutty, subtle or sweet. Jake Royer will talk about how to cook with everything from nibs and cocoa butter to chocolate-infused balsamic vinegar. He will also discuss his newest venture, The Office Plant Cacao Project, where he is growing cacao from seed to pod indoors.

Chocolate Space Opera — Amber Royer writes the Chocoverse comic space opera series. It supposes a future where the aliens have landed and taken samples of commodities. Now, the galaxy can grow its own coffee, its own sugar cane, its own cinnamon. But they missed chocolate – which becomes Earth’s only unique resource. And there’s about to be a war over it. In Book 3, Fake Chocolate (available April 14), Earth’s cacao trees are in danger and the alien invasion is looming. Amber will read a sneak-preview passage from Fake Chocolate, and will talk about how the real history of both chocolate and coffee influenced the book.