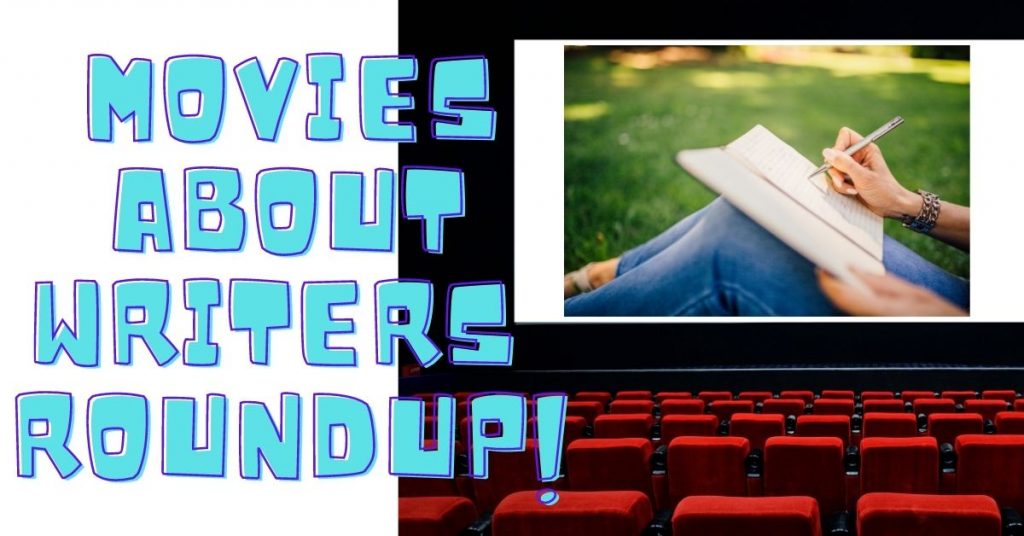 My Favorite Movies About Writers and Books

The more I think about it, the more I realize that some of my favorite movies involve writers and writing.  (Which, as an author, is only natural.)  I thought I’d share some of my favorites.  This is not an exhaustive list.  It’s just the ones I could watch over and over.  You may have already seen many of these films, but I hope there’s at least one or two that are new to you!

Just FYI: These are affiliate links.  If you buy or rent these movies after clicking them, I get a small return in acknowledgement.

True Memoirs of an International Assassin (2016) – Kevin James plays a writer who has been researching spy stuff for half his life.  Which means, he has a lot of the skills needed to actually BE a spy, even if he’s applied them only in his imagination.  But when his spy novel gets published as nonfiction, he’s drawn into a space where he has to pretend to be a spy for real.  I love the interplay of imagination, and the thoughts about balancing creative life with real life. 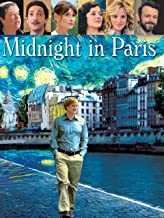 Midnight in Paris (2011) — There is just something so charming about this film.  Owen Wilson’s character Gil is a screenwriter and aspiring novelist who feels like he was born in the wrong time, with longing for a different era.  This desire is so strong that he gets transported back to the Jazz Age in Paris, where he meets famous artists and writers, and finally figures out what he wants out of life.  The film explores the role of art as escape, and the cinematography is beautiful.

The Runaway Bride (1999) – Sometimes it takes a journalist to ask the right questions to really get to know someone.  In this pairing of Julia Roberts (Maggie) and Richard Gere (Ike Graham).  Graham writes a poorly researched article about Maggie that gets him fired from his paper, then tries to find redemption by writing the real story about her and why she has run away from multiple weddings.  There’s something meta in the way Graham learns about Maggie, the way a writer uncovers a character’s real motives and backstory.  It’s also a hecka great love story. 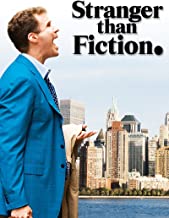 Stranger than Fiction (2006) – Will Farrell plays Harold Crick, an I.R.S. auditor who finds out that he is a fictional characters, who now has a narrator speaking in his head.  The story is funny and charming, about learning to live and finding love, whether or not it comes too late.  As a writer, I connected with this, because to me my characters become very real indeed, and I have to put them through lots of difficult things – while making sure they get what they need out of the story.  Which Harold Crick certainly gets in the film.

So I Married an Axe Murderer (1993) – I re-watched this recently and it holds up surprisingly well, with decent foreshadowing/plotting, and I bought the romance, despite the film being schlock comedy.  Mike Myers stars as Charlie, a poet who always ruins relationships by overthinking things who falls for Harriet (Nancy Travis) – only to decide that things she has shared about her life may or may not line up with a case he’s read about involving a serial killer.  Charlie has a writer’s imagination, and ability to make connections.  My favorite part in the film is the on-stage poetry readings he gives, which shows his character development and at the same time give needed information.

His Girl Friday (1940) – Carey Grand and Rosalind Russell are matched up as Walter and Hildy, a formerly married couple who are newspaper reporter and editor.  The story opens with Hildy wanting to quite the paper, as she is getting re-married, but Walter draws her into helping with one last story – which could get a man pardoned hours before his execution.  The focus is on Hildy and her passion for her writing, which is what makes her feel alive (which potentially made this film more memorable than the 1930 film The Front Page – which was re-made into His Girl Friday).  His Gril Friday was in turn re-made into Switching Channels (1988), with television news instead of a paper, starring Burt Reynolds, Kathleen Turner and Christopher Reeve.

Book of Love (2022) – You have Sam Calafin as Henry Copper, a guy who wrote a serious but underappreciated book who finds it has taken off in Mexico – where the translator has turned it into a romance novel.  He goes on a book tour, and learns a lot about love and life, which make him a better writer.  There’s a lot about who owns and has the right to make changes to written material – but also about discovering talent in unexpected places and being willing to share the spotlight.

The Ghost Writer (2010) – Pierce Brosnin plays Adam Lang, a former British Prime Minsister who hires a ghost writer to finish his autobiography.  The manuscript contains sensitive material, which draws the ghost writer into a thriller plot.  Interestingly, the ghostwriter never gets a name in this film, despite the fact that Ewan Mcgregor (who plays him) is the film’s clear protagonist, which adds a meta element and reinforces the role ghostwriters play. 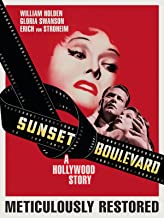 Sunset Boulevard (1950) – This is probably the darkest film on my list.  I predominantly re-watch upbeat films, but the power of this noir tragedy has always stuck with me.  It’s the story of a failed screenwriter (William Holden as Joe Gillis) who has a chance meeting with a formerly popular actress caught in her former glory (Gloria Swanson as Norma Desmond).  Joe agrees to write a screenplay for Norma’s comeback – but you know from the opening scene that it’s all going to end tragically.  There’s a lot here about success and failure in creative endeavors – and a warning example that spiraling into those failures can destroy you.

We Love You Sally Carmichael (2017)  – This is a fairly lighthearted look at a writer who doesn’t want to own up to his work.  Again there’s a bit of the-industry-doesn’t-work-that-way, but once you get past it, this film has a ton of heart.  Christopher Gorham plays Simon Hayes, a “serious” novelist who is secretly the author of a hugely popular YA romance-fantasy series.  There’s an offer of the table for a film adaptation – but it might force Simon to acknowledge the value of his popular work.  And what it means to have taken a pen name. 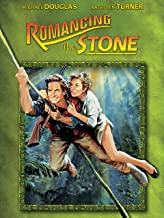 Romancing the Stone (1984) – Kathleen Turner stars as Joan Wilder, a romance novelist who goes to Colombia to rescue her sister.  She winds up in trouble and is rescued by Jack Colton (Michael Douglas).  She doesn’t know if she can trust him, even as romance ensues.  Once she has returned home, she turns the adventure into her best novel yet.  Which explores a bit about art imitating life, and where ideas come from.  It’s cheesy fun (reviewers at the time compared it to Raiders of the Lost Ark), and Dany Devito’s character threatens to steal the show.

The Lost City (2022) – This feels like a more recent take on Romancing the Stone.  Sandra Bullock plays a writer who, through no fault of her own, gets taken to a remote jungle island to solve an archeological puzzle – along with her series’ cover model.  They face an adventure that neither are prepared for.  A lot of it deals with how she is a subject expert, and real research showed up in her popular novels.  And there’s a bit of meta exploration of the cover model (Channing Tatum) and his inability to completely separate himself from the character he played.  Once you get past a bit of that’s-not-how-publishing-works, it’s a fun ride. 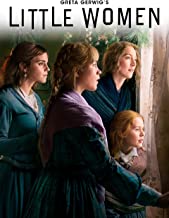 Little Women (2019) – The 2019 film focuses more on Jo as a writer than Alcott’s original book.  There’s still the story of four sisters dealing with money troubles and love against the backdrop of the Civil War.  But there’s a stronger focus on what creativity means, and especially on writing personal stories (versus stories that are calculated just to sell).  And there’s a charmingly meta element added with Jo writing about the events in the story.

Throw Mamma from the Train (1987) – This one has aged more unevenly than some of the others on my list (it’s pretty one-note), but it still has a lot to say about professional jealousy, as a completely blocked writer (Billy Crystal as Larry) is unable to move past his ex-wife having stolen his work to create anything new.  He feels comfortable when his writing students create truly bad work, but has trouble as a mentor.  The movie also considers how two different writers could live through the same events and create something completely different.

Delirious (1991) – John Candy plays Jack Gable, a writer for a popular soap opera with a crush on one of the stars.  He has an accident and wakes up in the setting of the show, with the power to make whatever he writes come true.  How much of this bleeds into real life is left somewhat unclear, but it definitely has a lot to say about the power of the imagination, and how writing can allow the writer to live vicariously. 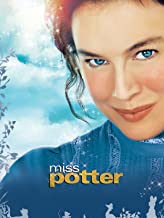 Miss Potter (2006) – Miss Potter is a biopic film, and remains fairly true to what is historically known about Beatrix Potter.  Renée Zellweger plays the author with rich emotion as she navigates a difficult home life with overprotective parents, and the joys and sorrows that come with growing up and falling in love.  But the most charming part of the film is the animated sequences made from Potter’s actual drawings, which given her isolated childhood, make sense to have become her imaginary friends.  The poignant reaction of these animated characters running away during the film’s most sorrowful time vividly illustrates creative block due to emotional overwhelm and stress.

One Response to My Favorite Movies About Writers and Books