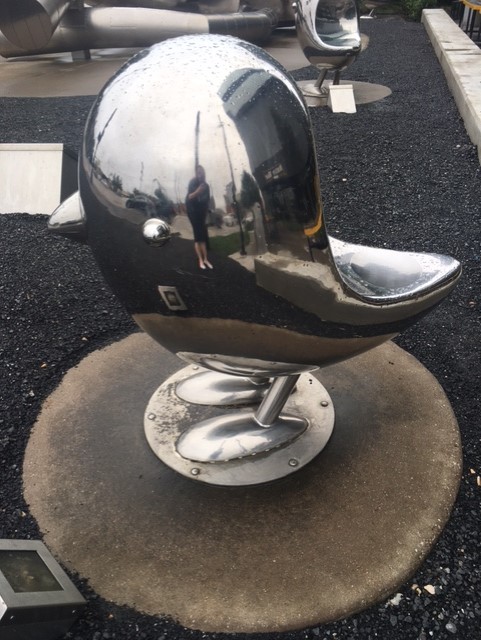 When talking about story depth, predominantly, you’re talking about how the author has handled themes in a work.  I’ve had a number of writing students who embrace the ideas of planning out character and plot, but totally shy away from discussing theme.  The story events are what they are – entertaining, exciting, fun.  So why drag things down with something that seems more important to critics than average readers?  The simple reason: without depth, stories feel frivolous.  A series of action or funny scenes that just pass through our brain, diverting for a moment – but without the power to stick.  Even comedy has to have some deeper meaning underlying all the jokes, something that makes it a story instead of a stand-up routine on the page, if you want what you’ve said to stick in a reader’s mind.

People tend to start writing because, deep down, they believe they have something to say.  Something they want to share.  Instinctively, we as writers see the need for a story to add up to something more than the sum of its events.  (Even if you don’t want to call it theme, that’s theme at work.)  This is why, even if you write a piece without a plan, themes are bound to emerge on their own.  But if you have some idea of what you are trying to say, or what you would like to explore with your writing, it becomes much easier to shape the piece, both as you write and when you revise.  During the planning phase of the story, consider what type of story you want to tell, and what themes this kind of story lends itself to.  Are you writing a murder mystery?  Then likely, you will have something to say about the nature of justice – or the emotional underpinnings of those whose job it is to seek justice for others.  Are you writing a romance?  Then you undoubtedly have something to say about love, and how people go about finding it.  Or who deserves love, or what psychological traits draw people together.

Of course, that kind of cold analysis isn’t always possible.  You may have a story in mind, but no understanding yet of what it means.  Or you may draft an outline wanting to explore one thing, but over the course of the writing realize your work is, at its very core, about something else.  Part if this is because you may not be quite the same person after writing the book as you were before you started – because the book had a thematic lesson to teach you as you wrote it.  I’m a big believer in the idea that we write the stories we need to hear to heal ourselves of our own emotional wounds, or to understand our own baggage.  It’s no surprise that we can’t always see from the outset what that is going to be.  It is perfectly valid to sit down at the beginning of the process and say, well here’s a story that speaks to me.  I wonder what it means?

It seems that lately, theme has taken on a more narrow meaning than it has throughout much of history – centering around the idea that story must be didactic in nature to have worth to a current audience.  But look at Aristotle, or at Shakespeare.  Students reading these works are still expected to find understandable themes, though the works were written from decidedly different points of view, for audiences from very different cultures.  You don’t have to be sharing a current message for your story to have meaning.  And you can touch on any area of human nature you want to explore and still have a valid, meaningful story.  The best themes are after all universal, which means they could be happening to characters two hundred years ago and make sense to readers today.  Or your story could be happening to characters in Belize, and still have relevance to readers in Canada or Chiba.  Love and family.  The relationships between mothers and daughters, between sons and society.  Overcoming adversity – of any sort.  A person’s search for wholeness, despite a troubled past, or to make art despite feeling numb.  These all resonate.  Plumb the depths of human psychology or the very nature of being.  Make us laugh, make us cry, but most of all, make us feel along with your characters.

The majority of the story’s themes are revealed through your protagonist’s arc.  The lessons your protagonist learns, the outcomes the characters around her face – these are the things that will stick with your reader long after the story is over.  Story is driven by the fact that protagonists are often wrong.  And themes come from uncovering the truths about those misconceptions.

Protagonists often lie to themselves to keep from getting hurt.  The idea of an emotional wound somewhere in a character’s backstory, that makes that character believe a lie about herself, is powerful.  Burn away the lie, and you find theme.  You’ll find this technique presented frequently in Hollywood movies.  Consider something like Miss Congeniality.  The protagonist believes that she can’t be both strong and feminine, because of the backstory event presented at the beginning of the film.  But she learns through dealing with the contestants in the beauty pageant, and by participating herself, that that formative event had lied to her, and she can be both, without losing herself.

Protagonists also want to be happy.  Often he is wrong about what will make him happy, and when he has to give up the dream he has been chasing all along, that’s when he find true contentment – and you find your story’s theme.  In a Hollywood classic, His Girl Friday, Hildy Johnson thinks that leaving the newspaper business, and her tumultuous relationship with the paper’s editor, to marry a man with a more sedate job will make her happy.  The course of events proves to her that what she really wants isn’t what she thought.

If you want to learn more about adding depth to your fiction, join us for Saturday Night Write on March 20, 2021.  More details area available in the Facebook event.

(The picture of the metal bird was taken in Deep Ellum. One of four in the sculpture area.)

One Response to Giving Your Story Depth