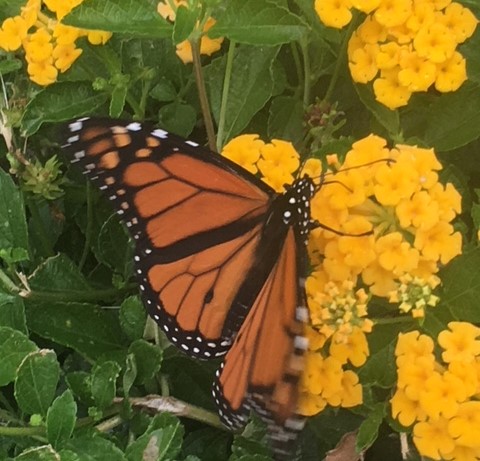 I’m a big believer in the promises-made-to-your-reader philosophy of writing.  It’s the idea that readers file away everything you’ve laid out in the first few chapters of your story – and they expect you to follow up on it.  To see how this extends through your entire book, see the post back in January where I talk about Chekhov’s Gun.  If you introduce something . . . say for instance a dynamic character filled with drive and potential . . . the reader feels a sense if betrayal if you don’t follow through once that character starts arcing.

But here’s the kicker.  We’re writers.  By our very nature, we’re good at betrayal –and at doing nasty things to our characters.  (See also what I said back in January about not pulling your punches).  Shouldn’t our readers expect to feel betrayed every once in a while?  Absolutely.  As long as it is intentional, and doesn’t feel to the reader like laziness on the part of the writer, or like a simple mistake.  You have to set the reader up for it, just like you do with any other element of the plot.

You introduce Wateru, a young man who is in love with a girl who doesn’t know he exists.  He’s the protagonist’s best friend, and the protag needs a second guy to go on a double date with the girl he likes.  When Wateru’s date shows up, it’s the girl he’s been crushing on.  Only – she’s nothing like he expected, and after they all leave, he tells the protag that now he’s conflicted about how he feels.  This never comes up again, and Wateru is actually only in two other scenes in the novel, where he is helping the protag do something, and the protag never even asks about the girl. —- Here, the reader feels betrayed because we invested time in Wateru and his feelings, and they aren’t resolved.  The writer has dropped the ball.  If this happens too many times, we stop caring about any of the writer’s minor characters.

OR You introduce Kristoff, a young man who dreams of moving to France to open a vineyard.  He’s the protagonist’s best friend, and the protagonist is involved in some dangerous hero-work.  Kristoff keeps getting drawn into it, because he is loyal, but also because he is saving money for his dream.  You, the writer, know Kristoff has to die to provide a major plot twist, so you foreshadow this heavily to provide a sense of doom.  I mean, come on, you even have the opportunity here to parallel wine with blood and show a bottle of it cracked open and leaking onto the ground in the scene where you introduce the guy.  Reader promise fulfilled. —-  Absolutely.  The question in the reader’s mind becomes not whether this guy is going to die, but when.  There is absolutely nothing wrong with this, and with many characters can be quite effective.  Just don’t expect the reader to get very attached to Kristoff.  We’re already bracing ourselves to lose him, so we’re not going to offer him nearly as much love.

But let’s say you introduce Paolo, a young man who’s just been offered a position on a pro soccer team – just like the player he was named for.  He’s the protagonist’s best friend, and the protag plays for a different team – one that declined to take Paolo.  These two characters always promised each other they would play together, or not at all.  Paolo takes the gig he’s been offered, and the first game he plays in is against the protag – who already felt guilty about signing on with the preferred team while his friend had no gig at all.  The friendship is severely stressed, and they both start arcing, re-evaluating what friendship and loyalty really mean.  On towards the middle of the book, both teams are heading for a tournament.  Paolo and the protag see each other at the airport.  They have a conversation that shows they both miss the friendship, but don’t know how to get back to where they were.  Paolo’s plane goes down, killing everyone aboard.  – Wait, what?  What happened to the storyline about healing and friendship?  If Paolo’s dead, how is the protagonist going to find closure?  What about that inevitable final game, where these two were supposed to be facing off for the championship title.  The reader’s reeling in shock, and there’s still half a book to go.  And absolutely zero foreshadowing.  Or was there?  You’ve given the reader that one line – that promise that they’d play together or not at all.  And when the death slaps your protag up the side of the head, he quits soccer (at least temporarily).  He has to finish the arc he and Paolo started together on his own.  Paolo’s unfinished life actually shapes the rest of the book.  Powerful, no?  There’s no element here that feels random or like a writer-mistake.  And we as readers were able to get deeply attached to Paolo, because we thought we knew where he was headed.

One mistake it is easy to make is not giving a character you know has to die a direction to go.  Subconsciously, you may be trying to protect the reader – or maybe even yourself — from getting too attached.  Or you may just not want to put the work into fully developing a person that’s only going to appear in a couple of scenes.  Either way, it’s a wasted opportunity.  Even Kristoff had a dream and a plan.

Readers are smart.  They’re going to correctly identify a thinly developed character as cannon fodder.  The death doesn’t come as a surprise, and it has virtually no impact on the reader.

There are several ways to leave the character with unfinished business.  You plan a character arc that should span the book (rather than a truncated arc, that finishes before the character’s death).  You make the completion of that arc important to the plot.  And then, once the character dies, one of the following has to happen:

— Another character finishes out the arc, either in respect of the deceased character’s wishes, or as a result of what was learned either from the character or from the fallout from the death.

— If the arc centered on conflict with or love for another character, that character has to finish the arc solo.  While at the same time dealing with a layer of grief – and possibly guilt.

— You can fulfil the character’s arc in a surprising way through their death.  The lesson is learned.  The conflict resolved.  The character transformed.  They have completed the arc, just not in the way they would have chosen – but they’re usually more or less okay with it, because to them, their death isn’t meaningless.

Whatever you do, whether it’s a betrayal or a fulfillment of your promises, the important thing is to make your reader care.