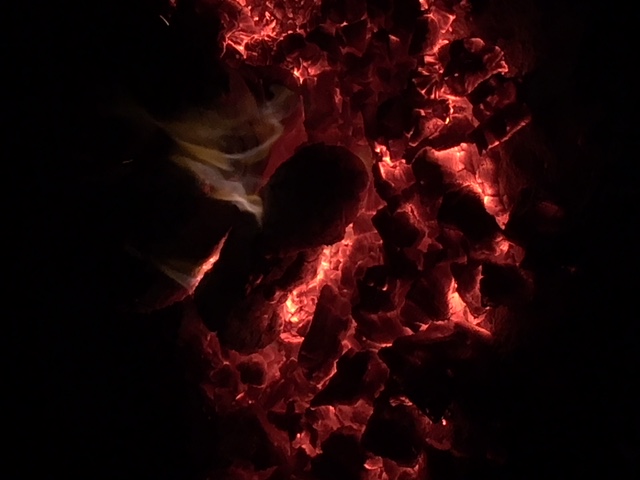 Can we be brutally honest?  As a writer, you simply cannot be a nice person – at least not when it comes to your characters.  There is no quicker way to lose reader interest than to present characters who never face failure or loss, who are never in danger, who never have to make impossible choices in desperate situations.  So you HAVE to put them in those situations.  You have to be cruel.  And you can’t pull your punches.

There is a reason for this.  Characters have to be challenged to be transformed.  It’s a bit like smelting metal.  The dross (a.k.a. the character’s flaws or flawed beliefs about himself, or whatever is holding him back) has to be pulled out for the metal to be strong enough to be useful, then it has to be hammered (by buffeting harsh plot events and conflicting viewpoints) into something beautiful.  Without this process, the character can’t truly arc.

Also, it is much easier to reveal who these fictional people are through their actions than through any amount of description or dialogue about them.  We test our characters by fire to see if they are heroes, and we can’t do it offscreen or through backstory, because the reader wants to see it happen.  Will they buckle and scorch under heat – or emerge whole and healed from the ashes when their whole world has burned?  If it comes to it, are they willing to die to save someone or something they care about?   If they start the story as horrible people, can they be redeemed through the story’s events?

The psychological impulse the reader feels here makes sense.  In real life, we like to think that we’d live up to our own moral codes even if we found ourselves destitute on the street, or if someone we cared about had been put in physical danger, or (insert your own worst fear here).  But we don’t KNOW that we would.  We’ve never been in that situation.  And, in real life, we have no desire to be.  But we read to see what happens when characters are thrust into the same types of situations – and how the characters are changed by the experience.

This doesn’t always mean killing a character, or even putting their life in danger.  The type and intensity of the “fire” your characters face will have to do with the genre (and often the sub-genre) you are writing in.  (For example, in a cozy mystery, much of the challenge to a character could be having them suspected of being the murderer, while a noir detective will be the one dodging poisoned cocktails and flying bullets.)  But even in stories where the main thing at stake is love, or family honor, or psychological wholeness, you have to wound the character and take things away from them.  If they need love, you must make them feel alone.  If they need honor, you have to threaten them with degradation.  If they need healing, you punch at the very thing that’s raw and exposed.

For many writers, that isn’t a problem.  The more maniacal the plot twist, the better.  Murder, mayhem, betrayal, and loss can read like second nature.  For others though, conflict in general can be a huge challenge.  Or, It may be just the idea of conflict in the lives of the characters they have created.  Why?  Because if we’re doing it right, and the characters start to feel like real, psychologically sound people, we come to respect them – often love them – even if they’re flawed.  It’s hard to see someone you care about in pain or in danger.  I get that.  I can even empathize.

As a beginning writer, I used to pull my punches all the time, and it’s one of the things that really stunted my writing career.  Part of it was being worried about what people would think about me as a person if I let bad things happen in my books.  I had the instinct for what needed to happen, so I’d set up the scenes with lots of gun-waving or potential for betrayal or whatever, and I’d step right up to the line where something horrible needed to happen – and then I’d consider myself clever for writing the character a way to avoid dealing with it.  (I’m not saying here that a character can’t talk their way out of a situation, or receive help from another character, but if it happens with every conflict that every one of your characters faces, it’s a problem.)  I wrote several novels before I could bring myself to kill a character – and even then, I did it off screen.  I had an ah-ha moment years ago when revising one of my older YA manuscripts.  I came to the point where one of the characters is speaking to a medic about one of the other characters, and the guy says, “If it had been any worse she would have died.”  And I realized that was a cheat.  I had pulled my punch, and on some level I knew it, because the character didn’t show back up in the rest of the book, just languished in the sick bay without anyone being impacted.  So I let the character die – and the impact on the other characters became immense.  I put the death on-screen, through the eyes of my protag, who tries to help the medic save the doomed character, and it fundamentally changed the way my protag thinks about death.

One place where pulled punches are particularly obvious in a book are at the dark moment.  (If you prefer the Hero’s Journey model, this is apostasis – literal or symbolic death for your hero.)  The dark moment come shortly before the climax of your novel, and it brings your protag to a complete stop.  The character believes in her heart that she has lost and stops protaggging – at least until something changes during this scene. This momentary pause serves two purposes.  First, it lets your protag clear away the last bits of psychological baggage that are keeping her from succeeding, because coming back from the metaphorical “death” brings a new view or clarity.  Second, it reminds the reader what happens if the character fails, because the scene is supposed to “preview” what that failure looks like.  That way, the reader is relieved when it doesn’t happen and the character succeeds at the climax after all.

I used to give my characters more light gray moments than dark moments, and honestly, while it felt like the kind thing to do, going easy on them was doing them a disservice.  They couldn’t complete their arcs because they never stopped long enough to transform.  The reader didn’t root for them to win they way they were supposed to because the eventual victory felt too easy.

So make your characters fight for everything they get.  Really.  Don’t pull your punches.

Want to learn more about character arcs?  If you’re in the Arlington, TX, area, the Saturday Night Write group will be discussing Making Your Character Arc on Jan 20, 4-6 PM at the Flying Fish.  As always, these are free events and all are welcome.

Note:  Image is of a campfire we had back in November, Whitesboro, TX.