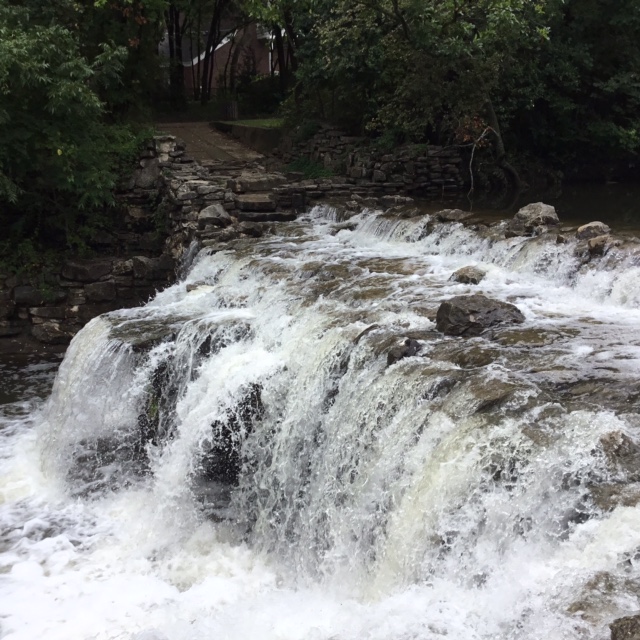 To Wiki or Not To Wiki

So before I started teaching writing, I was a Youth librarian.  And as everybody says, you can take the girl out of the library, but you can’t take the library out of the girl.  Especially when it’s someone like me.  I was always the one chasing down the kiddos as they were leaving because I’d found one more resource to share, one more piece of information that was going to take their projects over the top, from the B+ territory they were happy with, on to a solid A, for authenticity, for effort, for finding those extra pieces that showed they understood all sides of an argument.

As a writer, it would be odd if I settled for anything less in my own work.  And yet.  I tend to err on the side of too little worldbuilding/context, both because I write enormous first drafts, and for fear of infodumping.  And all that extra detail?  The timelines and genealogies and character interviews?  They wind up in a private wiki.

(I know that kinda goes against the definition of a wiki – a “website on which users collaboratively modify content and structure directly from the web browser.” – Wikipedia – but the same kind of software that works for a public wiki engine is available to stick on your laptop.

I favor wikidPad, because it is both free and easy to use.  The wikidPad web site is quick to point out what it is not: “wikidPad is not a web server, or application server, or groupware solution. wikidPad is a standalone notepad like application, albeit notepad on steroids. wikidPad is like an IDE for your thoughts.”  (By the way, IDE = Integrated Development Environment, used for software development.)  But what it DOES is offer is wikiWords, quick links that allow you to move between articles and subarticles, then follow the links right back to the original information.

I can type a character’s name as a wikiWord, click from his entry to that of his wife, his father, his best friend – and also the company he works for, the futureiffic stun gun he carries, and his fictional favorite band.  I can build a lexicon for that character’s dialogue and catalog his biographical information and vital statistics.  That easy dance of information brings delight to my librarianish heart.

But is it necessary?  After all, it is easy to start viewing the wiki as a project unto itself, and I will admit to spending more time than was strictly needed making each of the wikis I’ve done visually appealing, each entry visually consistent.  And those links make it easy to get caught up in minutia (do you really need three paragraphs on HOW that future stun gun works?  Or to make a link to the parent company that produces them?)

I’ve had writing students so deeply sunk in worldbuilding syndrome (building more and more detail into their worlds without being able to synthesize it into a narrative that shows characters we care about interacting with that world) that I would hesitate to offer them a tool that allows them to “legitimize” the worldbuilding as a separate entity.  But who knows?  Maybe it would be just what they need to see the encyclopedic character-free building style for what it is.

The complex information that goes into building a novel can be overwhelming, like getting caught up in a river rushing towards a crushing waterfall.  Without some form of organization — a raft if you will — it is easy for your novel — and/or your forward momentum — to get dashed apart.  There are many options, from a running list of thoughts, to an annotated outline.  A wiki is like having a full-sized boat and a lifejacket — and maybe an extra pair of floaties, too.  And in some cases, this is going to be called for.

Whether you “need” a wiki or not comes down to two factors:  the complexity of your story and your personal learning style.

Complex information’s easy to get at:  Wikis help organize large character casts and epic scale worldbuilding.  Can’t remember the protagonist’s middle name, or the color of the antagonist’s eyes?  It’s right there.  But if you only have a few characters and a straightforward story (especially one with a contemporary setting – and double especially if it’s a place where you already live), this approach may be overkill.

The information’s visually dynamic:  If, like me, you’re a visual learner, looking at information dynamically can help you make connections between the characters and their history, among interpersonal relationships unexpectedly lined up together, and in areas where you can’t explain why you have been internally inconsistent in your manuscript.  Other learning styles may not need to graph everything out, and would be better served by a simpler (read less time consuming) organizational system.

So say you do decide to wiki.  This means writing out tons of information that likely will never be transcribed into your manuscript.  Which on the surface seems like a waste of time, especially for those with limited writing time.  But how can this actually be a benefit?  Consider a number of possibilities.

Hemingway’s Iceberg – (Check out my previous post on what this is and how it works.  Basically, it’s the idea that only a small amount of your worldbuilding needs to be on the surface of your book.)  Still, all that stuff below the surface gives substance to your iceberg.  The more you know about the infrastructure, common beliefs, tech capabilities, and media of the day, the more your characters know/take for granted about their world.  Thus, the more real that world seems.

Strategic Infodumping – I read somewhere recently (feel free to comment, if you know the citation) that it’s not infodumping if the reader wants the information.  I watched a few SF movies with that thought in mind, and yeah, sometimes there isn’t any other way to tell the reader crazy facts about your world than to just tell them.  Listen when your beta readers say they’re confused.  If you’ve explained it all to yourself in your wiki, it’s easy then to pull that information into the manuscript.

Series Potential – If you think your characters may be up for another adventure, it is much easier to build a wiki NOW, as you go than to try to retroactively recreate a story bible (of course, wikis aren’t the only way to build said story bible) once you’ve had time away from the story.  This prevents continuity mistakes.  For example, if you have a wikiWord for every named character, even if there’s no information underneath it, you also won’t accidentally duplicate names in the course of the same series.

Outlining – If you are an outliner, just type character names and key concepts as wikiWords, and you can import your outline into your wiki engine to make it clickable as you work.  This technique will automatically build the relevant pages for you.  They’ll have no content, but they’ll be there, ready to be filled in.

On-The-Fly Building – You can start with that outline, then add in information as you fill it in in the manuscript.  I find a wiki makes doing this much easier than a running word document or paper notebook.

Research Links – It’s easy to include links to outside resources/images that live on the internet or elsewhere on your computer.  So you really can keep everything together, even if it isn’t in the raw text format supported by your wiki engine.  Even your Pinterest boards (I blogged about how to effectively use those HERE).

So was it a TON of work to build wikis for multiple story universes?  Absolutely, though spread out over a number of years, it didn’t feel like it.  Would I do it again?  Yes, because the resulting databases are so useful.  Do I recommend it for everyone.  Not necessarily.  But whatever organizational form you use, happy writing.