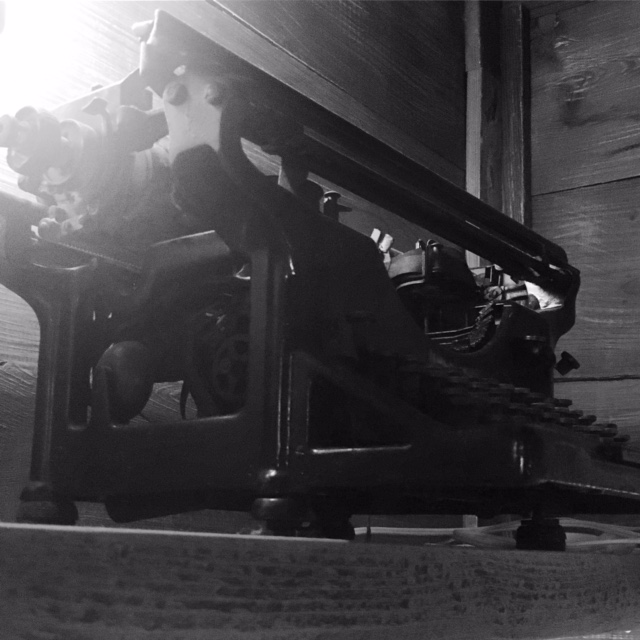 I'm Definitely NOT in a Story, Right?

Last month I talked about character self-awareness in the psychological sense.

But today, I want to get into the other way this term is used when talking books:  literary self-awareness, where we find fictional characters who either understand their genre, or who realize they are taking part in a story.

This is also known as medium awareness.  TVtropes explains: “that is what Medium Awareness does; the characters acknowledge and interact with elements and conventions of the medium that shouldn’t technically “exist” in-universe. Suddenly the characters can hear the ominous background music or the disembodied narration, they can read the subtitles at the bottom of your screen, and they can tell when it’s almost time for a commercial break.”

Characters who engage in these behaviors in book form often find themselves inside the pages of a piece of metafiction.  Sometimes, though, this is used in an otherwise standard noel in a single passage for a quick joke, or as an opening-closing bridge technique.

Wikipedia defines metafiction as, “a narrative technique and a genre of fiction, wherein a fictional work (novel, film, play, etc.) is self-conscious or openly draws attention to the fact that it is imaginary. Metafiction poses philosophic and critical questions about the relation between fiction and reality, usually by applying irony and self-reflection.”  You can see why a character who starts talking to the reader is going to fit that bill.

One other term you need to understand when dealing with literary self-awareness is the 4th wall.  “The fourth wall is a performance convention in which an invisible, imagined wall separates actors from the audience. While the audience can see through this “wall”, the convention assumes, the actors act as if they cannot.” – Wikipedia.  With a book, the parallel is the way your characters believe they are living real lives, without an audience, definitely NOT in a work of fiction.  “Breaking” the wall means acknowledging the fiction or the audience.

Given all those pieces, there’s a sort of awareness spectrum you can play with.

The Genre Constrained Character – Doesn’t realize he’s in a story, but thinks in a way that supports genre conventions. In a mystery novel, the protag is never going to assume suicide, no matter how much evidence there is to suggest it.  In SF, the characters quickly figure out the alien/technological/time-shattered premise of the story, and reject other possible explanations for the strange events.

The Genre Savvy Character – Probably doesn’t realize he’s in a story, but does start to see parallels between his situation and his favorite genre of fiction.  He may attempt to apply techniques that work for characters in those type of stories.  May also say things like, “This isn’t an (insert name of genre here).”

The I’m not one of those TSTL types Character —  This character quotes genre conventions, to the point of annoying other characters.  This is tremendous fun, except that occasionally the character will declare that they’re NOT behaving like a character in an (insert genre here) about to do something irrevocably genre-stupid – annnnd then they go ahead and do it anyway.  For a joke.  Or irony.  Or to prove that they’re NOT actually in a story.  (TSTL means Too Stupid To Live, and in some genres, this type of character inevitably causes his own death.)

The Wrong-Genre Savvy Character – May well have convinced himself he’s in a story – but he’s guessed wrong about what genre that story is, and so he’s playing by the wrong set of rules.  Or he may have figured out he’s in a retelling, but guessed wrong about which character he is.  Or have decided he’s the hero when really he’s the sidekick.  This can be played for extra fun if the character keeps trying to decide which set of conventions will help him succeed.

The Fully Meta Character – Has embraced the idea that he’s in a story.  At times, this character may try to break out of the story world into the real world (and parts of the story may take place in said “real world”).  Alternately, the character may travel into a different fictional world.  Frequently, this character will complain that his author has it in for him (he usually is the protagonist, after all.)

The What 4th wall Character – This character talks to the reader.  He knows he’s in a story and gives a running explanation of the goals and motivations that drive his part in it.  Sometimes he can actually see the audience (and may at the end, tell them the story is over and invite them to leave.)

If you want to know more about metafiction, and how to apply its techniques, and you happen to be in the Arlington, TX area on September 16, 2017, join us at The Flying Fish for our Saturday Night Write discussion: Going Meta.