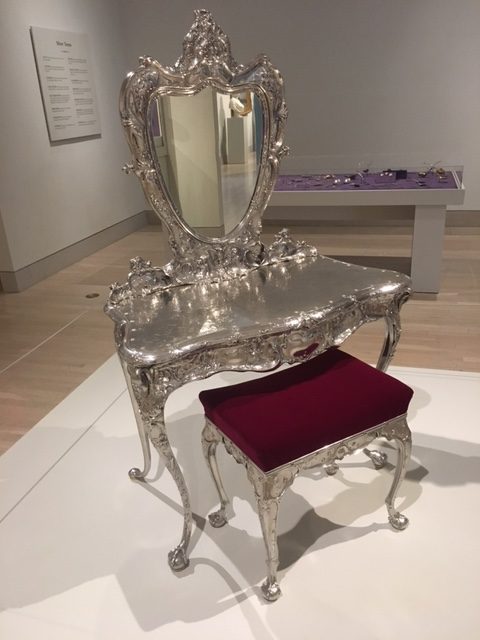 So this may get a little introspective, but I was thinking a bit today about self-awareness in fictional characters.  Too little, and your character feels cold and unlikable, too much and they feel whiney and overly sensitive.  Why is it such a delicate balance?

Maybe some definitions would help.  What is self-awareness, psychologically speaking, for real people who are not necessarily literary characters?  Wikipedia calls it, “the capacity for introspection and the ability to recognize oneself as an individual separate from the environment and other individuals.  It is not to be confused with consciousness in the sense of qualia. While consciousness is being aware of one’s environment and body and lifestyle, self-awareness is the recognition of that awareness.”

That may not seem like an important distinction for fiction, but understanding it can change everything.  In some of my early work, people said they found my characters cold and distant, because I was so concerned with doing the show-not-tell thing that I showed the plot events and the characters moving through them (that consciousness from the above definition) without ever delving into what the plot events meant to the character.  Oh, believe me, I knew what they meant, how they were affecting the very-real person that I had imagined, but wouldn’t telling the character’s thoughts be, well, telling?  And wasn’t that cheating?  I was trying to show it all from the outside, which wasn’t allowing the characters to be self-aware, at all.  As a result, the characters came across as inhumanly cold.

There’s a test they do with animals, to see which ones are capable of seeing themselves as individuals.  It involves mirrors and putting a dot on the animal in question – usually the forehead or neck – and seeing if they react to the dot in a way that shows they recognize it as being on themselves.  One study did this with magpies, giving them objects to pick up as well, to see if the objects were recognized in the mirror.  “One of the magpies, Harvey, during several trials would pick up objects, pose, do some wing-flapping, all in front of the mirror with the objects in his beak. This represents a sense of self-awareness; knowing what is going on within himself and in the present.” – Wikipedia.

I already love this bird.  Presented with the unknown (the dot) and a challenge (the unfamiliar mirror), he decided (agency!) to have fun with it and to display a part of his personality.  We see him as not only self-aware, but an individual with specific attributes, as someone who knows who he is and what he wants from the world.  Cast him in a story (as opposed to any other magpie), and I bet you know exactly how he would respond if he had to face a vicious blue jay, a beautiful female magpie, or a mysterious human being.

That’s what giving your character a decent level of self-awareness does.  They know themselves, inside and out, and that makes them consistent to the reader.  People who know who they are will continue to contain a germ of that personality, even if they arc into someone better or worse.

So if that mirror test was so revealing, then, what about the dreaded mirror scene?  (You know, the one your English teacher warned you about, where the character wakes up, rolls out of bed and heads for the bathroom mirror to describe himself and how he feels about the features he sees reflected there.)  Why is that rarely – if ever – satisfying?  I mean, it feels like we’re trying to do the same thing the psychologist did – having the character look in the mirror to PROVE he is a self-aware, psychologically sound, REAL PERSON.  But that’s just the problem.  A psychologically sound person doesn’t wake up every morning surprised that he still has brown eyes and dismayed that his physique didn’t improve over night.

Besides, there’s one element missing: the dot.  Researchers can be fascinated watching sedated chimpanzees wake up and try to deal with the fact they suddenly have a dot on their forehead, because it upsets them to the point of trying to rub it off.  Or they’ll smell their fingers after touching the dot to see if they can identify what it is.  This adds an element of conflict, of tension.  The researcher has introduced uncertainty.  How will the chimp react?  What will this say about her character?  Isn’t that really what keeps readers turning pages?

So how do you know whether you’ve gone overboard with the introspection or held back too much?  Self-awareness is a gamut, and the way you write it must be tailored to the individual. It all depends on who the character is and what you are trying to say about her. Think about it this way:

– Total lack of self awareness = mental illness
Autism is a disorder in self awareness that makes it difficult for the sufferer to read facial cues and otherwise engage in social interaction.  Sociopaths are unable to process empathy and are in many important ways “unaware” of the impacts of their actions.  If you want the character to be seen this way – sympathetically in the first case, unsympathetically in the second — intentionally withhold / distort self-awareness.

-Too much self awareness = unrealistic human.  “I know I do this flawed thing because inside I really need x.”
If characters completely understood themselves, they wouldn’t have flaws – in which case they cease to feel like real people, and they’d immediately become boring.  Even introspective people go through life unaware to some degree of their motivations, hidden desires, fears and strengths.  We don’t go around constantly questioning these things.  If you want the character to be seen as angsty, overly sensitive or unable to cope on a practical level, lay the introspection on heavily.

So that gives you ideas for the angsty teen trying to find a place in the world vs the hardened cop who drowns insight in a bottle vs the grandmother trying to impart wisdom to troubled grandkids while dealing with constant flux and change.  But what about your average character?

Shoot for the middle.  There’s a reason the traditional writing structure gives us scene (where the character takes action) and sequel (where the character responds psychologically to what just happened and tries to make a new plan).  And why each sequel is supposed to be the fraction of the length of each scene.  Today, these two phases are often intertwined, but try to keep the percentages the same – a lot more of the character doing things, a smaller time spent thinking about them.

Of course, any given character’s self-awareness will change, based on the type of scene.  There’s not much room for introspection in the middle of an action sequence, where the character’s main concern is where the bullets are coming from or whether she can reach the child who’s standing in the street in front of the bus in time.  Shock – such as turning into the driveway to find out his house is on fire – can also make reality feel disjointed, and short-circuit self-awareness.  Sleep deprivation, fear, anger – all of these can change how your character interacts with the world.

Want to know more about how perception changes your plot and your characters?  Come on out on Saturday (August 19, 2017) for Saturday Night Write.  We will be discussing Truth and Lies in Your Fiction.

Note:  There is another form of literary self-awareness, in terms fictional characters who either understand their genre, or who realize they are taking part in a story.  We can talk about that in part two of this post thread.

Note:  Photo taken at the Dallas Museum of Art.