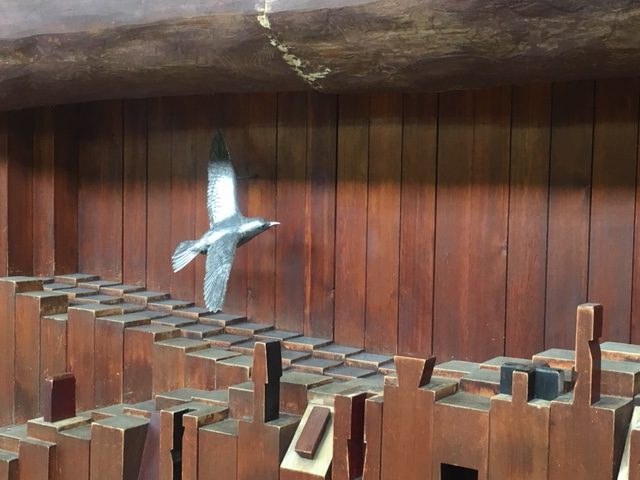 I recently had a writer ask me which one of his many ideas he should follow up on.  There is no easy answer to that question, because it all depends on the writer’s motivation.  Is he wanting to know which one is the most marketable?  Well, I can’t exactly predict the market in two to five years, when the book he’s writing now would likely be coming out.   Does he hope I can tell him which one will be easiest to develop?  I could make some guesses, but I’d likely miss some of the complexities of what he’s got in his head about the projects already.

So I simply told him:  Write the idea that keeps you up at night, the one that, when you want to give up on being a writer, calls you back in and gets you planted in front of the keyboard, that you daydream about when you’re supposed to be doing other things.

Which is easy to say, I know, and may or may not have helped him (sorry unnamed writer, if it didn’t!).  But it got me thinking again about how I choose my own stories.  Writers are by nature creative people.  We all have more story ideas inside us than we will be able to write in a lifetime.  Some of those ideas inevitably feel more important, more urgent.  But why is that?

I think it comes down to our own psychological baggage – coupled with what story is for.  We write the stories that we need to hear, the stories that we need to tell ourselves to heal our own psychological wounds, whatever those may be.  This is why writers often explore the same themes in different ways in different books, or they write similar character types.

It makes sense when you put together a couple of things.

Our brains have a hard time distinguishing the people we create from people we meet out in the real world.

Abby Norman wrote an article in 2015 about The Psychology of Fandom in which she said, “Whether or not characters are ontologically “real”, our familiarity with them renders them very emotionally potent; a kind of emotional truth that we experience at a biochemical level quite the same as we would with strangers whom we get to know over the course of a season — or years, for the loyalist of fans.”

This plays off earlier research, such as that presented in Your Brain on Fiction (ANNIE MURPHY PAUL, 2012): “The brain, it seems, does not make much of a distinction between reading about an experience and encountering it in real life; in each case, the same neurological regions are stimulated. Keith Oatley, an emeritus professor of cognitive psychology at the University of Toronto (and a published novelist), has proposed that reading produces a vivid simulation of reality, one that “runs on minds of readers just as computer simulations run on computers.”

If readers are affected in such a way, we writers – who spend so much time puzzling over what our characters would do in any given situation, who may have done outside character interviews and given our fictional people detailed backstories that will never make it into the individual book – cannot be immune.  When we say our characters feel real, or that they’re refusing to participate in the plot as we outlined it, there’s a neurological basis for this.

So it’s not unusual for us to choose people that are like us in some way, or people we would like to be friends with.
(This does not automatically make the character a Mary Sue, though that is something to watch out for.)

Sometimes, though, we want to empathize better with someone who is not like ourselves.

After all: “Writing is a sustained act of empathy.” ― André Dubois

The challenge we’re setting for ourselves here is finding a connection between ourselves and the character we’re writing about that allows for that empathy.  That usually comes from delving into that character’s world to get it “right” — whether they’re a gelatinous-cube alien, a talking mouse, or someone from a different social background – and seeing that really, we all want the same things, have the same psychological needs.
(The risk here is getting it “wrong” by relying on our own assumptions, especially if the people we are writing about have analogs in the real world.)

Or maybe we want to understand why a particular person treated us unjustly, or can’t overcome a bad habit even though we desperately want them to, or loves a person who’s completely wrong for them instead of us.  So either we cast them as protagonist and try to see through their eyes – or we cast them as the antagonist and have different protagonists try different techniques to overcome what we never could in real life.

(Either way, the danger here is of turning our writing into something negative, ugly and/or hurtful, if our attempt at empathy fails.)

Writing Brings Catharsis in the Writer, as Well as the Reader

‘Give sorrow words. The grief that does not speak whispers the o’er fraught heart and bids it break’ – Shakespeare

Shakespeare here is saying not to hold onto our emotional pain, our anxieties, the things we feel need to be said.  In other words, we need catharsis.

Catharsis is emotional cleansing.  We’ve all walked out of a movie having laughed, cried, and felt fundamentally changed by the events we’ve just witnessed.  That’s catharsis.  And if we can get it from two hours in a movie theater, imagine what we’re doing to ourselves by writing a novel.

We’ve already looked at how we start to see our characters as real people, how we’re empathizing with them through each challenge they face.  We transform not just our characters as they travel their hero’s journey, but ourselves.

And if we stop writing, we stop processing life through the lens of our work.

After all:  “We write to taste life twice, in the moment and in retrospect.” ― Anaïs Nin

I went through several years where I had decided to stop writing because dealing with the rejection letters was too hard.  I found myself sinking after that, because by trying to take away my anxiety and feelings of getting nowhere, I wound up taking away my main psychological coping mechanism, which had been there since I was a teenager.  I didn’t understand it at the time, nor even after I started writing again until I came across this quote:

“The act of linking feelings with troubling events then, makes our bodies display responses associated with yoga or meditation.  This explains why writers who stop work soon feel out of sorts – why they become edgy, irritable, anxious or even depressed.  This explains, too, why people who begin writing report a greater sense of well-being.” – Writing as a Way of Healing

So there’s a psychological basis for when Kafka said, “A non-writing writer is a monster courting insanity.”

Which means that the old adage that writing is cheaper than therapy may have more than a grain of salt to it.  Many therapists encourage their clients to write about traumatic events, in order to organize their thoughts about what happened, as well as to get the sting of it out of their heads.  As novelists, we can do this less directly.  The fictional world we create allows us a safe distance to explore our own issues and conflicts.  The character may be dealing with a situation thematically similar to ours – but it’s not the one we experienced.  It is so much easier to see what someone else should do in a situation than to choose our own actions in the moment.  And with fiction, if we don’t like the outcome, we can change it.

I find myself doing this intentionally now, thinking about what connects me to a character, what I can learn from the pain in their backstory and how they overcome it – or fail to overcome it.  And looking back at my older work, there was always something in the characters’ flaws – even the characters who acted least like me, even the antagonists – that poked at something inside me.  Often when I hit a block in my writing, it has to do with me not wanting to confront the psychological reality of what is happening to the characters – or what their response to an event genuinely is, when it is different from what I would have done.  The act of writing tends to take me to some fairly uncomfortable places, and I get super emotional mid-draft.  That’s how I know I’m doing something right.

I know.  I write cheese-ball space comedy and over-the-top time travel, but even so, writing each book has made me feel more whole, more confident in who I am, more able to handle all the serious things life throws at me.  I hope your writing brings you the same.

NOTE:  Took this image in 2017 at a train station in Tokyo.  I forget which one.