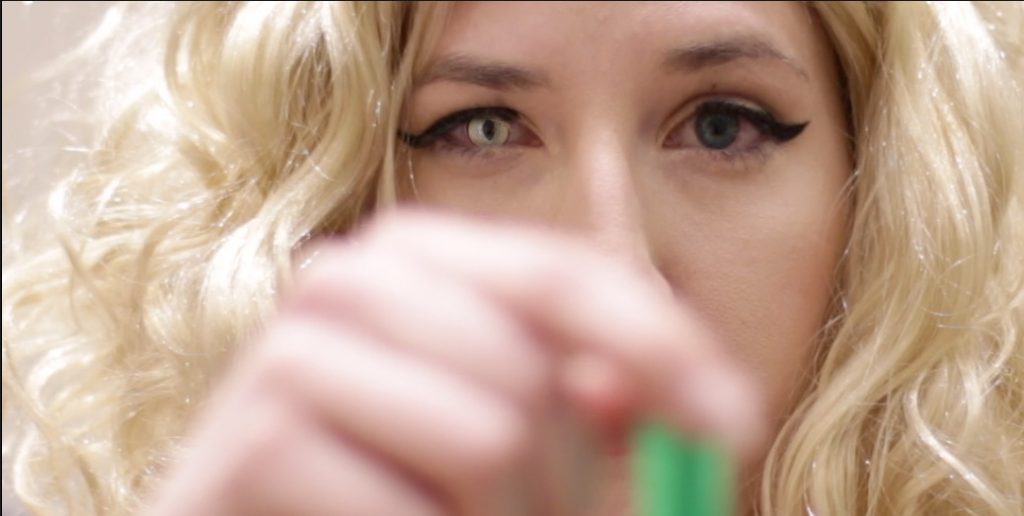 Part of worldbuilding – whether you are writing an epic Sci-Fi story or a quiet romance – comes down to designing people.  Everyone is shaped by their surroundings, be they a small town in Montana or the confines of a space station.  Clothing, customs, economic structures – all of these were designed by people for use by people.  But the more outside the mundane, everyday Earth that your story falls, the more explanation you will need for your world, and the harder it will be for the reader to keep everything consistent.  The easiest way to do that is to let the reader glimpse your world through the eyes of its characters.

So when you create space aliens (or other non-human people) in your stories, you need to let them have a good dose of humanity.  If you lump all the individuals of your created species together into one “type” or use them as set dressing, or as “the opposition,” you are missing out on the opportunity to tell honest, nuanced stories.  And when things ring false in the characters, the rest of your worldbuilding and plot development become meaningless.

Some of the most human people I’ve ever created are the AIs in my current WIP.  They’d be the first to acknowledge that they are computers – that they think in terms of parallel selves and reconciling versions of their own personal timelines – but no one would be able to connect with them on a personal level if they didn’t have emotions and flaws – and goals and motivations that are clearly understandable to the reader in human terms.  I want it to feel heartbreaking to the reader when one of them faces the possibility of being deleted due to an error in his code.  If the character were introduced with a completely alien viewpoint, there would be no way for the reader to attach to him.  So when he is facing death – who cares about the deletion of faulty code?  But we do care about our main character’s close friend.

If you are including aliens, super-humans and anthropomorphic characters, you need to seriously ask yourself — why are you making them non-humans at all?   If you answer comes down to “Because it’s cool!” or “Because that’s the trend right now,” you need to think harder.  These aren’t just humans in costume or humans that have been painted fancy colors.  What they are needs to shape who they are – their sense of justice, their moral code, how they expect the world they live in to view them.

I tried to make sure that there was a reason for the aliens in the Chocoverse to have the special traits that made them physically different (I haven’t yet gotten to show you guys WHY Krom have antifreeze in their blood and book lungs that won’t collapse even in an unfavorable environment — but you may be able to guess where I’m planning on going with that in Book 3).

And I try to make sure that these “gifts” are also drawbacks. For instance, Chestla is an alpha predator — from a planet where everyone in her society’s an alpha predator. She’s a very social being. Only, now that she’s out on her own, these very traits that help her people survive on her home planet isolate her from others, because most of them feel instant, instinctive fear. I could easily have made her human (she looks somewhat human-ish), but those eyes and claws mark her as distinct, as a traveler far from home.

These decisions also need to shape the story.  One common animal that is anthropomorphized is the mouse.  Often, because mice are small, they represent children or the powerless, while predatory animals such as cats and foxes become monsters and oppressors.  But sometimes this is turned on its head, and the characters become friends and even protag together.  Or sometimes the big/small relationship is played for irony, as in the folktale where the mouse removes the thorn from the lion’s paw.

You can definitely make it more complex.  In my Chocoverse books, my protagonist’s boyfriend is an alien.  I wanted to explore the idea of two people navigating love despite a complete inability to understand the other person’s viewpoint due to a lack of shared cultural references.  In the first book, Bo misunderstands a lot of Brill’s actions because she’s viewing them through an Earth-centric lens.  Where she sees greed he sees honorable sacrifice.  Where she sees callous abandonment, he sees self-shaming terror.  Even in Book 2, Bo is uncovering new pieces of the story that help her understand the events that happened in Book 1.  Brill’s people are the ones responsible for sharing Earth’s commodities with the galaxy – undercutting Earth’s position for trade.  It doesn’t even occur to Bo until midway through the second book that there might be any motivation to this other than profit.  And when she realizes that something must have happened in the history of Brill’s people to make them believe that what they’re doing is a mission of peace and a public service (which is exactly what they’ve been claiming they’re doing since the early chapters of Book 1) – she realizes, yet again that she’s misunderstood and underestimated him.

What are you exploring in your own work?  What do your characters represent?  If you are in the Arlington, Texas, area, Join the Saturday Night Write group at the Flying Fish this Saturday, February 16, 2019, for the discussion Aliens and Anthropomorphic Characters.  4-6 PM.  Free and open to all.