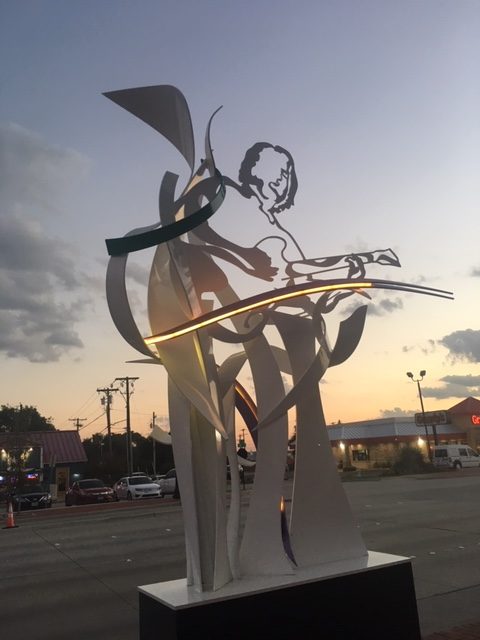 If you’re writing a book with multiple viewpoints, sometimes it can be confusing to figure out who’s story this is.  You may have a character that’s fun to write, or one that feels like they should be the protagonist based on genre conventions.  But are they really the best choice to serve your story?

You need to take into account who your story needs to be at the wheel to steer it in the right direction.  One way to do this is to figure out which character has the most at stake in the story.  Think about it.  Story stakes are, quite literally, what your protagonist stands to lose if she fails to achieve her goal.  You want the stakes to be as high as possible – which means that character has to be the most deeply invested in that outcome – and in the most precarious position to have the story goal taken away.

That precarious position means that this character is probably also the one that is in the most pain at the beginning of the story.  Happy characters are usually not looking for change or trying desperately to hold on to what they have.  Characters in pain, consciously or unconsciously are looking to fill a lack in their life or to find stable ground that gets them away from that precarious edge.

So how do you know if a given character has enough to lose to be protag material?  Stakes can be high even in a small scale story – as long as whatever can be lost is extremely important to the character.  For instance, in a romance, the largest thing at stake may well be the character’s heart.  But the goal of finding someone to share your life with, and fighting past the problems trying to convince these two that they should not be together, is relatable because it is a basic human need.  As long as the relationship is increasingly important to the character, it will be increasingly important to us as readers, too.

For the character to have a stake in the story, they need to have a reason to be involved in the crisis at hand.  There is a reason why many protagonists in cozy mysteries are shop owners who find themselves suspects when someone dies at their tea shop/yarn store/cupcakery/catering gig/house they’re decorating.  If the victim were merely to be found at their store, but they have an airtight alibi, they might be curious about the death—but they have no stake in the outcome.  They don’t know the victim.  They aren’t a professional crime fighter.  If they aren’t a suspect, they need some other reason to keep digging – especially when things get dangerous.  At the very least, they need to have their place of business cordoned off as a crime scene, so they have an economic investment in getting things back to normal.

Some stakes are so large that they don’t need personal explanation.  If your character is a cop trying to stop a serial killer, or a starship captain trying to keep the bad guys from blowing up an inhabited planet, all those other peoples’ lives are inherently of value.  BUT – if you make those universal stakes personal, it can take reader investment in your story to a whole new level.

If that starship captain finds out that her mentor has retired to the planet in question, the man who helped her keep going after she lost her father tragically to cancer, that one person becomes worth more than the rest of the lives on the planet.

If the cop finds out the serial killer is targeting people of his physical type, and he became a cop because he’s afraid of feeling helpless, you open the door for an inevitable confrontation that is as much about the character overcoming his own fears as it is about saving others.

Which is interesting, because usually a character’s life being in danger isn’t enough of a stake to make them the protagonist.  There is always something deeper that you can threaten – the lives of people that character cares about, the character’s integrity or reputation, the character’s future happiness – all of these are going to mean more to a reader.  Protagonists by their very nature are supposed to be working toward a definite goal.  The terms comes from the Greek proto (first) agonist (actor).  In Greek theater, this was the actor who took the lead in the action.  In the first plays, the protagonist was the only one by himself on the stage, having a conversation with the chorus, presenting his motivations and desires.  This character’s role hasn’t changed as much as it would seem at first.  It’s just become more subtly presented.

This is why AVOIDING something is never a strong enough goal.  If the character just wants to stay alive, or avoid losing a love interest, or not be bored, that’s not actually a proactive goal.  It leads to a character who is reacting to other stronger characters throughout the story.

But, you say, what about books like The Martian (guy stranded alone on Mars, presumed dead) and Hatchet (kid stranded alone in the wilderness following a plane crash), where the character’s survival is the most obvious stake?

One reason The Martian works so well is because Mark Watney’s goal is not just to survive until he is rescued.  Had he thought of it in those terms, this would led to a passive feeling book.  His goal is to get off the planet, and he works hard to achieve it.  And it’s not just for himself.  He is equally concerned with the effect his possible death will have on the crew headed back to Earth, and the future of space exploration itself seems to hang in the balance.

Hatchet is different.  Brian may be stuck alone in the wilderness, but he has carried his problems from home with him.  In the first book, he’s dealing with feeling incompetent and out of control of his life in the face of his parents’ divorce.  As he grows in competence dealing with the hostile situation he’s found himself dropped into, he transforms the way he feels about the problems back home.  It’s about so much more that just him not dying, but much of the transformation is internal.

If you want to learn more about how to make sure your protagonist has a high enough stake in your book, and that your book’s stakes are high enough in general, join us on Saturday, October 20, 2018 for High Stakes Plotting with Saturday Night Write at the Flying Fish in Arlington, TX. We meet from 4-6 PM, and the discussion session is free and open to all.

NOTE: Pic was taken in Plano, TX and is part of a 7-piece outdoor installation.