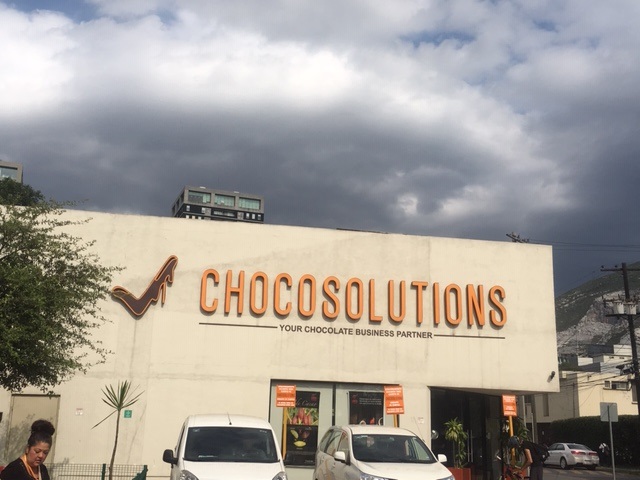 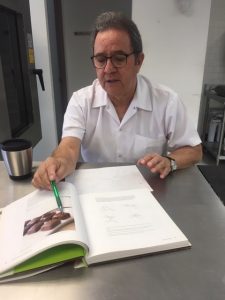 While we were in Monterrey, we got to spend a morning with the Llanderal Family of chocolate makers. It was an educational and enjoyable experience

We sat down with Jorge Llandreal first and spoke with him about his business and his journey into becoming a chocolatier/chocolate maker.  He told us he earned his medical engineering degree in Japan, and then worked for Hewett Packard for 25 years.  He retired from that career ten years ago to start a chocolate business with his wife and children (Jorge Jr and Rosa) as a hobby. 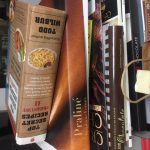 They ventured into doing bean to bar for four years ago.  Jorge Sr.’s engineering background shows in the way he approaches his business.  We got to see just part of his collection of book on chocolate making and confectionary – his entire library tops 200 volumes.  He consulted with Stephane Bonnat — a third generation chocolate maker whose family owns a chocolate factory that is over 100 years old.  Stephane’s father Raymond made some of the first single-origin chocolate bars.  As he worked to perfect his own chocolate, Jorge then adapted Dandelion Chocolate’s techniques for local solutions.

When we were there, we got to see the Llandreals’ collection of wrappers from a recent testing of other Mexican chocolate.  And we got to see a mélanger full of and in-progress experiment for white chocolate involving a different sweetener.

Chocosolutions sells over 1,000 unique molds (many of them imported from Europe), coloring, airbrush systems and just about everything else a chocolatier might need, as well as truffles and bonbons. 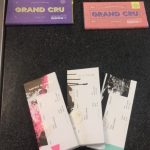 Manos de cacao does a whole selection of bars – including the ones pictured here.

And, concerned about the health statistics in Mexico, the Llandreals have recently launched a line of bars sweetened with Monkfruit (called Holiments, the wrappers are illustrated by a local artist.)

They are in the process of moving to a a larger location that will have room for both a café and a school. Classes cover chocolate history, tempering, molding, making truffles and ballos, shaving chocolate, airbrushing and more.  This makes perfect sense, as, even in their smaller space, Jorge Sr. has trained chocolate artists from Russia, Spain, France and Canada. 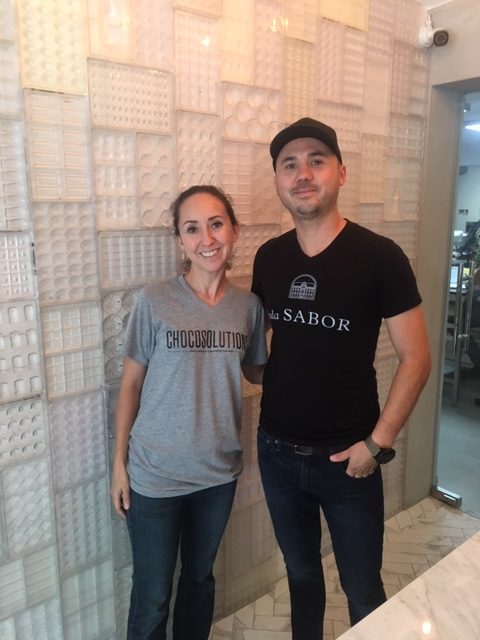 Manos de cacao with farmers in Chiapas, Tabasco for most of their single source products.  They’re using  Trinitario grown exclusively in Mexico — with the same genetics dating back to the Olmec period – for their Mexico-origin bars.  Jorge works with Chipas University-PHDs studying the genetics of cacao.  Perhaps the coolest part of what the family is doing: They’re working with the university to instruct farmers in Chipas in ways  to produce higher quality beans.

You can tell right away that the Llanderals are full of heart, caring both about excellence in their chocolate, and about the people in their community and country.