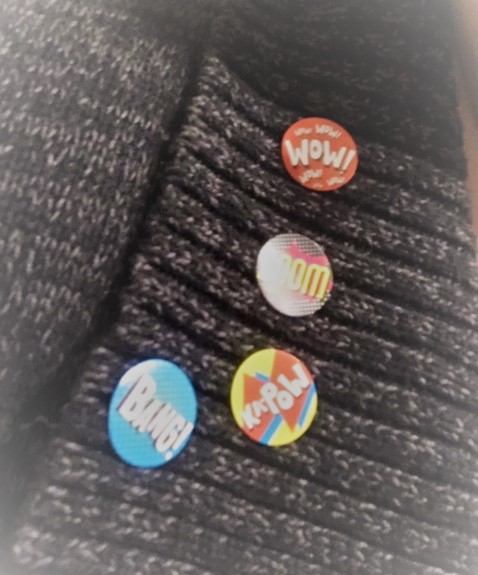 The Freedom of the First Draft

I hope everyone survived NaNoWriMo.  How’d you do?  Even if you didn’t hit 50K, I hope you enjoyed the experience, especially if it was your first time.  And you now have more words than you started the month with.

The thing I love about NaNo is the need to meet a deadline, which forces you not to overthink what you’re doing.  You make something big and messy, with the idea that you’re going to go back and fix it later.  It’s what Anne Lamott calls the Child’s Draft:  “The first draft is the child’s draft, where you let it all pour out and then let it romp all over the place, knowing that no one is going to see it and that you can shape it later. You just let this childlike part of you channel whatever voices and visions come through and onto the page. If one of the characters wants to say, “Well, so what, Mr. Poopy Pants?,” you let her. No one is going to see it. If the kid wants to get into really sentimental, weepy, emotional territory, you let him. Just get it all down on paper, because there may be something great in those six crazy pages that you would never have gotten to by more rational, grown-up means.”

Letting your mind play like that can generate so much energy.  I went into NaNo with a detailed outline, working with characters I already know well.  And . . . . I wound up completely off my outline, from the minute I decided to highlight one high-tension event in a prologue.  Which raised the stakes going in.  Which required a lot of re-thinking on the fly.  And that’s the freedom of the first draft.

But I just said I worked up a detailed outline.  And I found myself way off it.  Both of which can scare some writers.  I’ve talked with students who feel like having an outline kills the creative process.  And to students who find deviating from their plan causes debilitating fear.  So how can I say that feels like freedom?

It comes down to getting rid of the idea that someone has to be either a plotter or a pantser.  I think all of us naturally use elements of both camps, and denying us some part of our potential skill toolboxes can limit us as writers.

Think about this quote from the Neuroscience of Your Brain on Fiction: “The brain, it seems, does not make much of a distinction between reading about an experience and encountering it in real life; in each case, the same neurological regions are stimulated. Keith Oatley, an emeritus professor of cognitive psychology at the University of Toronto (and a published novelist), has proposed that reading produces a vivid simulation of reality, one that “runs on minds of readers just as computer simulations run on computers.” Fiction — with its redolent details, imaginative metaphors and attentive descriptions of people and their actions — offers an especially rich replica. Indeed, in one respect novels go beyond simulating reality to give readers an experience unavailable off the page: the opportunity to enter fully into other people’s thoughts and feelings.”

So if you think about your outline as a hypothesis, based on everything you know about your characters, and how you think their decision tree might form a plot, it can keep you from either being bored when everything falls in place just as you imagined – or from being disappointed when things go off the rails.  You’re running a simulation – and your brain is going to engage differently, because a simulation feels real, especially once you get into the characters’ minds and hearts.  Your brain may give you a different idea of what they really would do in a given situation, and you may be surprised at the dynamic when two characters interact with each other after not having interacted before.

If it gives you something more engaging than what you already had, just go with it.  You’ll be surprised how often the new direction can curve to dovetail back in with the later plot events you already have in mind – often with surprisingly little effort.  Sometimes the challenge of fitting the two events/elements together can create something complex and beautiful all its own.

Seriously, you guys, some amazing things happened to my manuscript this time around.  I pushed myself to start faster, to keep the stakes higher, and to crash these characters into each other into ways that have impacted them to their core.

Feel free to share your best NaNo moments in the comments.

NOTE: The pic is the stickers I earned doing word sprints at one of the write-ins that we did at iCafe.  The best part of NaNo is the sense of community that comes from everyone participating together in something that is traditionally an isolating activity.