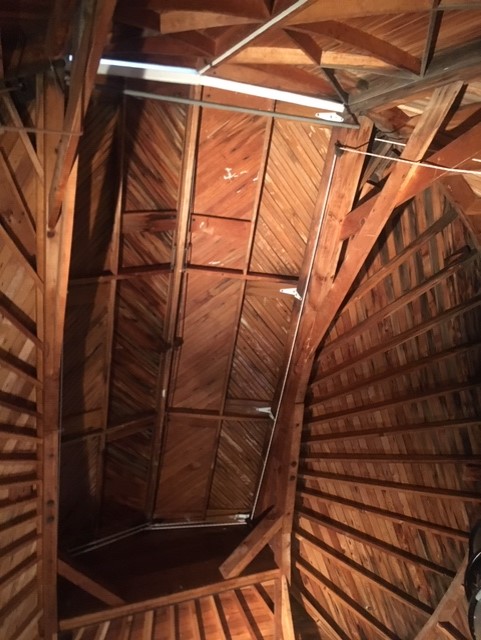 No matter what your genre, maintaining tension is key to keeping readers engaged.  Too often, I read work where there is something lacking in a scene, and the writer is trying to fix it by resorting to exaggerated emotions (shouts and slaps when the dialogue itself would be impact enough) rough language (that doesn’t match the rest of the piece, and isn’t in the appropriate place to shock) and bodily injury (that doesn’t serve the plot).

But does this really amp up the tension?  Maybe, if it makes the reader worry about the characters’ mental health.  But more likely, it will read as comedy.  Which is great, if you’re trying to write a melodrama or add comic relief.

Tension might be obvious in action scenes (stop the countdown on the bomb before the space station explodes), but it is equally essential in a scene where two characters are sitting at a table, having lunch.  There’s no tension if those two characters already have an established relationship, and are sitting there talking about their backstory or are making idle plans for the future.  What’s missing?

Tension is driven by uncertainty.  If those two characters at the table each want something from each other (say they’re on a date, but they’re both con artists) and the reader doesn’t know whether one or both of the characters will be able to get it (Will either character figure out they are being conned?  Will one of them actually get help/money from the other?) the same scene can have readers sitting on the edge of their seats.

Tension starts when you raise a question.  It ends when the question is answered.  Dragging it out slows pacing and loses readers.  This works for a scene, for a chapter, for an entire series.  Readers want discovery and will only wait so long before they want to go on to something that they think they will actually find.  Similar to opening the door in this picture.

The scene/chapter/series is over the minute we know the answer to that one burning question.  Which means you can have multiple layers of tension present in a scene.

For instance, the scene level tension for the two con artists at the table: will either succeed and con the other.

Layers into the chapter level tension: will the con artist who is the protagonist get enough money to rescue his sister, who is being held for ransom.

Layers into the book level tension: Will the protagonist fall in love with the other con artist, even knowing that she’s tried to use him?  Will their relationship work out?

Layers into the series level tension:  Will the two of them be able to overthrow the shadow organization that manipulated them both into becoming con artists in the first place?

The more layers of the tension a reader knows, the deeper and more multifaceted the scene will feel.  If it is at the beginning of the book or series, giving them one or two levels may be enough.  We’re still learning the world you’re creating, and if you throw too many things at us at once, we won’t be able to absorb them.  We’re probably nor ready to know about the shadow organization.  The characters themselves may not even be aware of it yet.

But knowing where you’re going with the story, you can hint at the other layers and lay the groundwork for us, so that when we need to know the information it isn’t a total shock.  And those hints can actually work to create tension.

When trying to figure out where the tension is coming from in a scene (or what exactly is missing), make sure there is a specific question the scene can answer.  These usually fall in to the broad category of:

What will happen? – Your character approaches a door.  The reader wants to know what is on the other side.

How will it happen? – The reader has already been given a scene in which a crime happens and you have shown us the antagonist committing it.  Your sleuth shows up.  The reader wants to know the steps your sleuth to catch the criminal.

What is the fallout? – Your character gets a huge promotion, now managing his former friends.  The reader wants to know how this changes all the previously established relationships, and whether this will wind up being good or bad for the character.

Can it be stopped from happening? – A scientist important to the plot gets kidnapped, with the stipulation that ransom be paid, or she will be killed.  The reader wants to know if your protagonist can save her.

Want to learn more about how to create tension effectively?  If you are in the DFW Area, join us on Saturday, October 19 for the Saturday Night Write discussion of Tension and Conflict at the Flying Fish in Arlington, TX. 4-6 PM.  Free to attend.  Open to all.

Note: Pic is from the Lowell Observatory of the housing of the Clark Telescope.