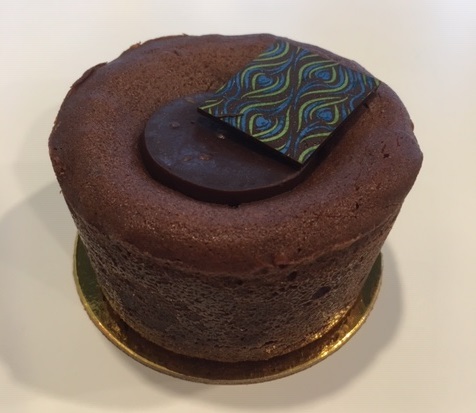 When you watch a gymnast doing a parallel bars routine, it is easy to get caught up in the grace and the power – coupled with an I-could-never-do-that kind of awe.  Nothing ruins that experience – or the gymnast’s score – faster than failing to stick the landing.  A double hop – or worse, falling flat on her backside – is going to be the last thing the judges remember about the gymnast – and the freshest memory will weigh the heaviest.  It washes away all the successfully executed moves, and ensures the gymnast won’t move to the next level.

The same thing can happen in writing.  You put in the foreshadowing, you develop the characters, they’re moving along their arc, emotional crescendos are building . . . and then you come up with an ending that is way too obvious.  Or the stakes weren’t high enough, so even though your character wins, readers are like, meh.  Or worse, everything falls apart, the readers’ favorite character dies, and what’s left is emotionally unsatisfying.

These things are obvious, and sometimes easy to fix, if you understand story structure.  Get it right, and your ending will accentuate everything that came before.  Kind of like a dessert that perfectly matches a well-prepared meal.

A good ending finds its seed in your beginning, and vice versa.  You should have an inciting incident, where the main plot question is posed.  Externally, this is the first hint that the conflict is about to hit your world and bring chaos to your heroes. (Ex. If genetically engineered chimpdoglizards run amuck, can our heroes stop them from eating the town hospital?)  This internal conflict component of this question is usually a form of the theme you are exploring in the work.  (Ex. Is love important when there are chompdoglizards eating the city? OR Is genetically engineering critters ever a good idea?  OR Who needs to take responsibility when things go awry on a large scale?)  Note that these are very different questions.  The most common way to ruin your ending is to ask one of these questions and answer another.

You also need to have your character arc (or if it is a tragedy, attempt to arc and fail spectacularly).  This basically means that they need to learn a lesson, grow as a person, overcome a flaw, etc., to become a different person by the end of the story than they were at the beginning.  Arcs are crystalized in the “dark moment” before the climax, where it looks like the character is going to fail, and for a brief moment, actually give up protagging (in the Hero’s Journey model, this is referred to as apostasis, with the key thought being stasis – or symbolic death).  The character freezes in this moment, in in the clarity than comes from the stillness, gains the epiphany or piece of information or outside help that will allow him to succeed in the end.  If the ending isn’t working, there is a strong possibility that you haven’t included the dark moment, that the dark moment hasn’t led to clarity, or that your ending doesn’t flow out of whatever was gained by the return from symbolic death.

If you’re hitting the right structural beats, but it still isn’t working , you might simply have made a shift in tone in your ending.  I had a short story I was having the hardest time finding the proper ending for.  It had started out as basically a doodle on the page, for me to figure out how a piece of tech worked in my Chocoverse series.  It was slapstick and silly, but since I was trying to turn it into a distinctive story, I felt like I needed a twist, or a point that would make the reader think.  You know, what all the advice books say.  But that didn’t match the body of the story.  What it needed was a punch line.

If you are in the Dallas Fort Worth Area, and you want to learn more about handling endings, join us for the Saturday Night Write Discussion Group on Saturday, July 20, 2019 from 4-6 PM at the Flying Fish in Arlington, Texas.  FREE to attend and open to all.