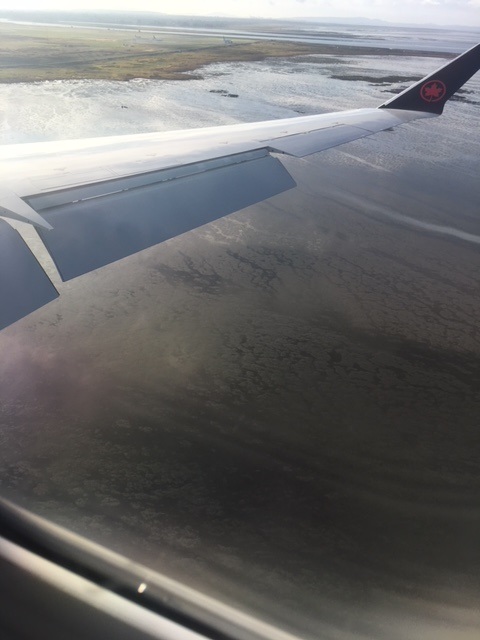 Have you set goals for the coming year?  Most of us look at a new calendar, fresh with unspoiled pages, as an opportunity.  It’s a reset.  A chance to think about what we want to develop in our lives, what we are ready to let go.  A story offers your characters that same chance.

Kurt Vonnegut said in his rules for writing, “Every character should want something, even if it is a glass of water.”  That sounds basic enough, right?  But in real life, it can be hard to figure out what other people want.  So why go through the trouble with your fictional people?

Because story is conflict.  And conflict is built on uncertainty.  And if your characters don’t want something, there’s no uncertainty as to whether or not they will get it.  And without something blocking that goal, the plot is over.  In fact, the most basic way to break down story is like this:

A character’s goals may change over the course of the story (often they find out what they thought the wanted isn’t what they really need), and minor goals can flip-flop in the short term, based on curveballs you’ve thrown.

So how do you keep track?  Make sure that at all times, your character has a scene goal and a story goal.  Write it out somewhere if you have to.

Do you know what your characters want right now, on the current page of your WIP?  And I don’t mean just the viewpoint character.  What does the antagonist want?  How about the guy who gets to exchange three lines of dialogue with your protag?  Knowing what everyone — even that random guy — wants out of the interaction can add depth to the scene.  Let’s say you have several characters boarding an airplane.  The protag here is on her way to start a new job, so she’s nervous.  And there’s a guy in her seat.  So she chooses to ask a flight attendant to approach the man rather than confront him directly – even though this means squeezing back past other passengers.

The protag wants to sit down and go over all the information that her company has e-mailed her, and to complete the flight with as little stress as possible.  But she doesn’t know:

— The flight attendant’s father passed away that morning, and he traded for this flight to get home for the funeral.  He’s barely keeping it together, and wants nothing more than to get off this plane so he can grieve openly.  He certainly doesn’t want to push past unhappy passengers.  His goal becomes to handle the situation as quickly as possible.

— The guy in the seat is dyslexic, and gets embarrassed when he makes mistakes because of it.  What he wants most when he realizes there’s a conflict is for it just to go away, BUT the flight attendant is a big guy, and he’s coming off as gruff, which seems aggressive.  His goal becomes to not be pushed around.

When you break it down, all three of these characters want the exact same thing: for this conflict to go away.

How much of that interior monologue is going to come across as the characters interact?  It depends on how you write the scene.  But it’s certainly not going to feel generic, and it doesn’t have to turn into a predictable meet cute.  Although it could go that way.  How explosive do you have to take it?  That too, is up to you.

Do you know what your character ultimately wants out of life?  Can you list off the measurable goals they’re trying to achieve?  If not, how will you determine what their overall goal is going to be in the novel?

Sometimes knowing the goal is easy – for instance, the character’s a cop, and his goal is to catch the murderer before anyone else dies.  But knowing your cop’s long-term plans and non-job-related goals can make him a unique person who feels psychologically real.  And that builds reader sympathy, so that when he inevitably faces danger trying to catch this killer, we fear for him and want him to succeed – because we know what the stakes are for some innocent person if he doesn’t.

But what if you’re writing a piece with less pre-defined stakes?  How do you figure out what the character wants out of the story?

I do character interviews with the main members of my cast before I start drafting a novel, and I will ask specific questions that let me then respect the character’s wishes.  I know that sounds odd, but just go with me here for a second.  When you write, you are basically running a simulation in your brain and on the page:  If this happens to that specific person, does the outcome I, the writer, imagined feel authentic?

Taking the character and putting her in a white room and having her answer questions in the first-person will help you to trick your brain into seeing her as real.  It’s easier to respect a character that feels real – even if you’re putting her into a comedy where crazy things are about to happen, or into a story where tshe will face mortal danger.  She’s not necessarily going to get what she wants.  She’s not necessarily even going to get to live.  BUT – whatever happens to her, it will be something that either a) she is are more or less psychologically okay with – i.e., a death with honor, losing that job to a worthy opponent b) brought on herself or c) leaves other characters and/or the reader outraged over the injustice / fundamental wrongness of what just happened.

I have worksheets HERE for a couple of different ways to do character interviews, but here’s one just based on finding out your character’s goals and needs.  Remember, the character will probably have to sacrifice the initial goal at the climax of the story to get what he really needs.  To explain that concept:  Imagine that there’s a college professor who wants tenure.  Why?  Because he believes it will bring him honor and respect.  He gets the opportunity to get that tenure – if he helps several other professors take credit for someone else’s work.  In the end, he keeps his integrity – and gets passed over for the job.  But his family knows what he’s done, and so he gets the respect he originally wanted.  (In some stories AFTER making the sacrifice, the character also gets the original goal as a reward – ex. Later the unethical professors are found out and suddenly there are several openings for tenure, which our professor, having NOT sullied his name, can apply for.)

(Answer first person as your character.  Repeat as necessary for the main members of your cast.)

Hi CHARACTERNAME!  You’ve been chosen to be in a story, and I just want to talk for a minute first.  Have a seat and let’s chat.  You will remember none of this once you leave this room.

What is the most important thing in your life right now?

Who is the most important person in your life?

Is there something missing from your life?

Is there something that keeps you up at night with longing or remorse or anxiety?

Has anything happened in your past that still causes you significant emotional pain?  What have you done to try to heal that pain?

Has anyone ever told you you have an addiction / compulsion / need for therapy, and/or staged an intervention?

Do you have recurring dreams?  What are they about?

What is the hardest life lesson you have ever had to learn?

Name three things you would like to know more about.

Do you have a goal for your career/future?

What would you do if you became independently wealthy?

When you daydream, what do you think about?

Is there an activity you participate in where you often lose track of time and find yourself “in the moment?”  What is it?  How often do you get to do it?

Where do you see yourself in five years?

Do you finish what you start?

What drives you to succeed?

How do you know when to abandon a course of action that isn’t working?

Here is a basic rundown of where I see you in the plot.  Given that, what do you want out of this story?

If you don’t survive the story, what do you most want to accomplish before you die?

If you only had one day left to live, what would you do with it?

What if you only had one hour?

NOTE: Image taken in 2017 as our plane was coming in for a landing in Vancouver.