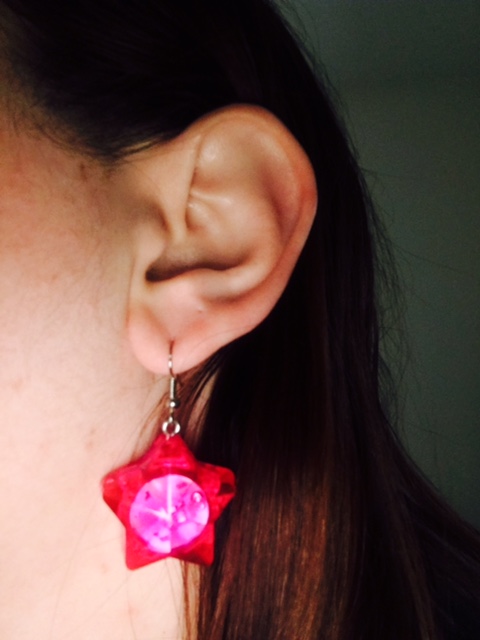 Sitting around with a group of writing students a while back, the concept of purple prose came up.  Nearly all of them knew they were supposed to avoid it, but not necessarily what it was, or where the term came from.

To understand the idea, you need to think in terms of purple cloth, which used to be far more expensive than any other color.  This was because it was very difficult to find a natural dye substance that would give you a true purple.  There were some attempts at mixing indigo (which, obviously, gives you blue) with madder (which dyes things red), but these were considered inferior to Tyrian purple, which was extracted from predatory sea snails known as rock snails.  It took the mucus secretions from more than 10,000 snails to color a single piece of cloth.  While the specifics of the technique have been lost to history, the resources I looked at agreed that the Phoenicians killed the snails (instead of “milking” them, which would have made them a renewable resource), and that the resulting cloth stank.  In fact, foul-smelling substances were sometimes added to fake “purple” cloth in an attempt to pass it off as the real thing.

Keep that in mind.  When Roman Poet Horace was writing, purple cloth was bright.  It carried an odor.  And it was expensive to the point of being associated with royalty.

He coined the idea of purple prose in his Ars Poetica (lines 14–21):

“Weighty openings and grand declarations often
Have one or two purple patches tacked on, that gleam
Far and wide, when Diana’s grove and her altar,
The winding stream hastening through lovely fields,
Or the river Rhine, or the rainbow’s being described.
There’s no place for them here. Perhaps you know how
To draw a cypress tree: so what, if you’ve been given
Money to paint a sailor plunging from a shipwreck
In despair?” — Wikipedia

The comparison here is to a tunic (or pants, or whatever garment strikes your fancy), worn for hard work, torn, then patched with “Royal” cloth.  What would you think of a person wearing such a garment?  They certainly wouldn’t look well-put-together.  Maybe like someone today wearing a bow-tie with a tee-shirt.  I can’t find a source for the quote, but it puts me in mind of the old adage: Are you wearing your clothing or is your clothing wearing you?  In other words – which is getting the attention?  Your awesome plot and characters – or the fancy, sweeping language dropped into the middle of the scene, with the intent of heightening the emotion? (Hint: these are usually the “darlings” we talk about having to “kill” – the pieces of prose you’re most proud of and attached to.)

And yet – sometimes you will get complements for the purpliest parts of your prose.  These can be sincere.  Fashion blogger/personal stylist Bridgette Raes quotes one of her clients as saying, “There is a big difference between getting a compliment like, ‘That’s a great dress’ and ‘You look great!’”  A particular garment may compliment someone else – but overpower/simply not flatter you, right?  You can apply the same logic to the feedback you are getting for your work.  Is the praise for individual sentences, maybe even with the note that they are so much “better” than the rest of what’s on the page — or for the overall emotion of the scene?

One passage – like that out-of-place bow tie – can make it hard to take the rest of the piece seriously.  But heightened, poetic language used consistently throughout the length of the piece does not.  Which is why so much of identifying purple prose is about context.  After all, bow-ties are perfectly presentable when paired with a tuxedo, and worn to a ball or a wedding.  Likewise, in Horace’s day, there was nothing out of place about a royal personage wearing an entirely purple garment.  If your aim is to live up to those “better” passages,  only you can decide if you have the stamina to bring that same level of language to the entire piece.

The problem with purple passages and darlings is that they interrupt the flow of the story.  Look at the last few lines of that passage by Horace.  Truly, you may be masterful at describing cypress trees – the smell of them, the feel of the bark, the way light plays against the leaves.  Maybe your character even grew up in an area where she went hiking often among stands of them.  But if you’ve got the tension of a shipwreck going on, and she’s about to have to leap from the slippery deck that’s cracking apart under her feet into death-dealing cold water, and the wind’s whipping against her ears, and she can’t find her love interest — or the life boat that’s supposed to be waiting below, what are the odds that she’d pick that time to wax poetic about the beauty of the forest for half a page?  Even if that’s the thing she’ll regret most not being able to experience again if she dies?  Maybe a sentence – two, if she’s a particularly poetic character to begin with – would be enough.

It’s not that the writing is wrong, in and of itself.  It’s just out of place, sucking away tension, even as it calls attention to the beauty and shininess of the language.  And while it’s supposed to heighten tension and emotion, it does exactly the opposite.  Imagine I’m sitting here talking to you and I’ve got a sparkly, glowing purple thing on my shoulder.  That is making patterns.  It may be super cool, but you’re going to be paying more attention to it than to anything I might say (especially if it truly IS super cool).  That’s what purple prose does — it detracts from everything around it, diluting the message you are trying to get across in the book as a whole.  There’s nothing wrong with spare, workaday prose.  And there’s nothing wrong with prose-poetry.  Just be consistent.