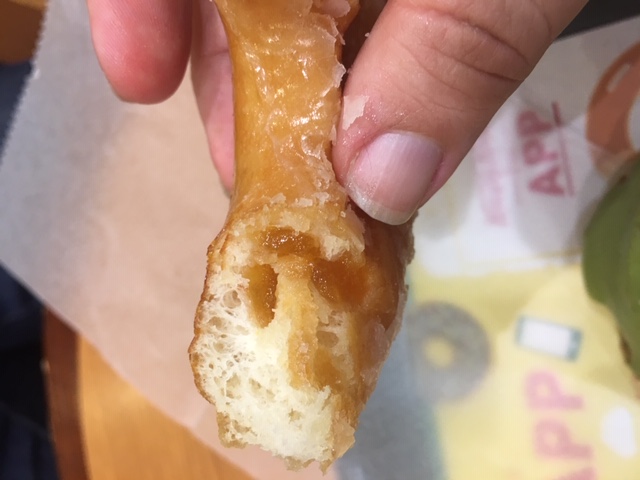 Promises to the Reader: Avoiding The Empty Doughnut

I’ve been binge-watching past episodes of Master Chef. In one challenge from a few seasons ago, the contestants were supposed to make a dozen doughnuts. Some of them went a bit nuts with it – one contestant did twelve different flavors. Some of them came up with elaborate fillings – but when the judges went to taste those filled doughnuts, they were disappointed. While there were smears of filling visible from outside the doughnuts, when the doughnuts got cut open, the filling was missing. The technique must have been more difficult than it looked. The challenge hadn’t required filled doughnuts – and in fact, the doughnuts that won skipped fillings and focused on brightly flavored toppings – but once the doughnut makers promised filling, the expectations were set and by failing to deliver that one
element, they’d set themselves up for failure. How does this relate to writing? You hear a lot about the promises the writer makes to the reader. Anything you introduce in your first couple of chapters is an implied promise. Whatever is in your first few chapters are promises for what type of story your reader is in for – just like when Master Chef contestants walk to the front of the room and describe their dish.

Maybe you promise a spunky character with tons of agency, because that character is making decisions and being dynamic from the get-go. The reader will be disappointed if that character keeps getting shoved to the side, or becomes wishy-washy, or starts looking for others to save her/make decisions for her.

Maybe you promise a smart character who can solve puzzles with half his brain cells denied coffee, because in the first chapter, other characters defer to him and show awe at his intelligence. The reader will be disappointed if that character acts stupidly (to advance the plot, or for any other reason), or if the character being “clever” doesn’t show him as any smarter than the reader.

If you can’t be that clever, or if your plot doesn’t allow your character a huge amount of agency, don’t set an expectation you can’t live up to.

You also don’t want to set unreasonable expectations regarding your plot. Especially when you’re just starting out as a writer, it is important to do something simple but do it well. You’re still learning the moving parts to building a story. You don’t want to have too many plot threads to keep them straight, so many layers of metaphor than everything just becomes muddy or confusing or worldbuilding that has so many pieces they leave the reader focused on whether the science is consistent more than on the
struggles your characters face. Does that mean you can’t do something complex?

Yes and no. You need to build the complexity onto a sound story structure and psychologically consistent characters. The underpinnings should be simple, and you need to make sure you understand the techniques you’re using to add flair. I used to think of writing like blowing a glass vase and building onto it – that the more intricacy the better the art. But the more I’ve worked with editors, the more I’ve found myself  implifying things for the reader, eliminating chapters where the only purpose was to get a key piece of information that had to be added to two other key pieces of information in two other chapters – and just telling the reader what they need to know, all in one place. The beauty comes from making something whole and understandable. Just like the complementary flavors in a perfectly balanced culinary dish. And the functionality in box of uniformly shaped doughnuts.

NOTE: Doughnut pictured is NOT from the show. I photographed it in Tokyo a while back because of the unusual orange/brulee flavor.