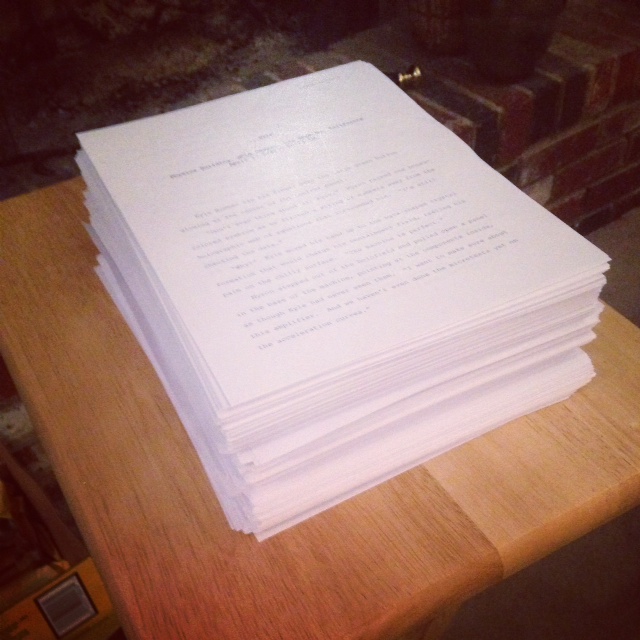 So I thought I’d kick this off with a few of my favorite things. Bicycling into the sunset, a really good chocolate cupcake, The Princess Bride. Let’s focus for a moment on that last one.

I’ve spent the morning putting together my PowerPoint for the character development session of the class I’m currently teaching, and I got to thinking about Buttercup and Wesley and Humperdink, and how even the minor characters are well developed.

I know the book doesn’t include the last line, but here’s from the movie:

Max: Beat it, or I’ll call the brute squad.

Fessik: I’m on the Brute squad

Max: You are the brute squad.

I love how physical description is introduced subtly by this exchange. Imagine this is the first time we meet Fessik (it’s not, but just go with me on this). No one had to use the words big or tall or giant (or rattle off height, weight, eye color, scars and glowering demeanor) for us to get the idea that Fessik is larger and stronger than the average person. Less is often more when it comes to physical description. Just give one or two concrete descriptors at a time. The reader’s imagination can fill in the rest, and you can add a bit more in later chapters, when the context makes it feel natural. Can you think of a way to subtly introduce a character’s physical attributes through dialogue?

If not, then how about: 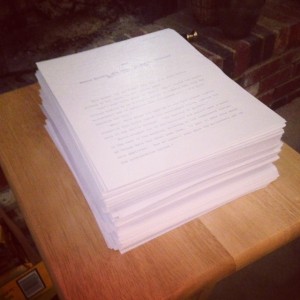 Putting a key physical description into an action scene, where the character needs to be tall to reach the bottom rung of the fire escape, or small to fit into a hiding place.

* Give a facial expression that includes a descriptor, such as clenched teeth emphasizing your hero’s squared jaw, red from where the bad guy just hit him. Much less jarring than having him admire his own face while, say, shaving.

* Giving your character a signature fashion accessory or piece of clothing. What we choose to wear can be shorthand for what we want to tell the world about ourselves, but don’t fall into the trap of over describing the article of clothing.

* Choosing descriptors that convey something about the character’s personality or habits, where we can see whether he is four days unshaven or fastidiously applying wax to his outdated mustache.

* Including descriptors from the other senses (rather than just sight), such as the startling soprano tone of one character’s voice contrasted with the deep jazzy timbre of another.

I’m heading back to my PowerPoint, and after that to do a little editing on my current WIP (as you can see, it is a little long — I need to cut another 10,000 words out of it). Keep writing!