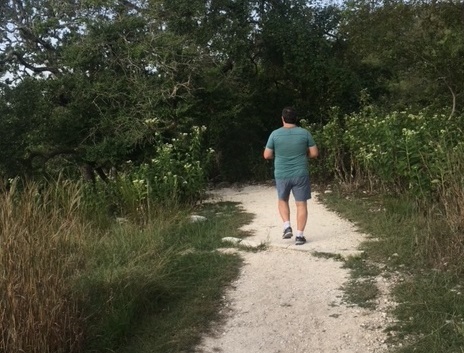 In a way, pacing in a book is like interval training.  The reader would get worn out if the events were always at peak tension and breakneck speed.  But without any challenge to the characters and threat to their goals, the reader quickly becomes bored.

As you write, be deliberate in the way each scene is paced.

–Action scenes should have quick pacing, which means that narrative information and background that will be important to the scene should be introduced somewhere before the scene starts.  If possible, have a previous scene in the same setting so that you don’t have to slow down as much to describe things.

–Emotional scenes should have slower pacing, but you still don’t want them to feel drawn out.  Get us to the emotional moment relatively quickly, then give us the emotional impact and let us linger with it for a moment.  But then move on to another emotion/action.  Otherwise you turn real drama into melodrama, which can become comic.

–Comic scenes are often fast-paced, with banter and movement, but depending on the character’s sense of humor and the way the writer is employing humor, this may not always be the case.  Just don’t stall out the plot for the sake of a joke.

–Revelation scenes are often fast-paced up to the moment of revelation, and then jerk to a halt to let the character absorb the information, then build slowly as the character starts to adapt.

Include scenes that increase and decrease the pace of the overall novel, while keeping the feel of the novel relatively consistent.  (For example, having a fast-paced opening act, followed by many slow-paced scenes in Act 2 will make reading the novel feel like a slog.)  The way you do this will depend on the characters you are including, and the type of story you want to tell.

To go back to the interval training metaphor, a challenge to one character would be just another day to another one.  If you have two different characters who are each going to be cast in a spy thriller, and one is a secret agent and the other is an insurance agent, their levels of competence are going to be vastly different.  The base line for where action intervals can start for the insurance agent is relatively low.  Someone coming into his office in need of help, or the idea of a fistfight could be enough to push the pace forward.  Whereas, for the trained spy, that same scene could just be a teaser into the plot without really changing the pace of the story, since it is (a) part of his ordinary world and (b) an area where he is already competent.  You may need a HUGE action scene with overwhelming odds stacked against this character for us to feel the pace of the story increase.

Yet, if you flip this to take the spy characters into an area where he has no expertise, it could be just a small disruption that is needed to bump the pace.  For Jackie Chan’s character in The Spy Next Door, even though he was a trained spy, making breakfast for a couple of kids took him far enough out of his comfort zone for that scene to pick up the film’s pace.

Think how you might be able to play with this same kind of dynamic in your own book or script.