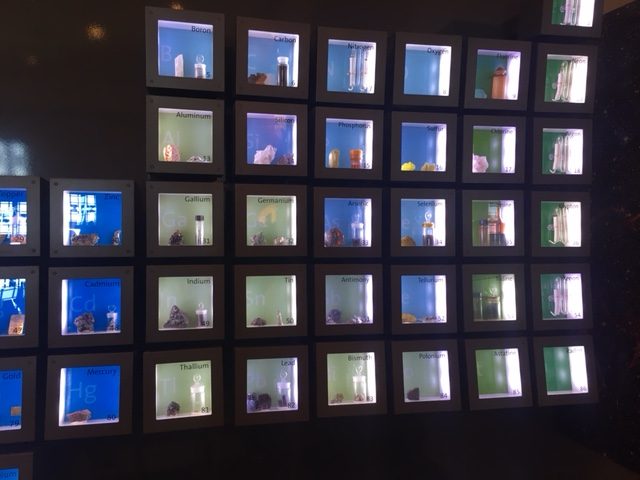 How Altering a Character Leads to Different Character Interactions

You have to be careful when giving a character a super-steep arc.  I learned that the hard way.  After reading the first five chapters of one of my manuscripts, one of my best friends – also one of my most honest friends – texted me, “I hate Character X.  Why can’t Character Y be the hero of this story?”

I had intended Character X learn to be the kind of hero Character Y already was over the course of the novel.  Unfortunately, following the oft-touted advice of starting where the action gets intense, I kicked off the story when X was at his most broken and bitter.  And that’s the face I let him present to the world in general – and to the reader.  Of course, nobody liked him, and nobody connected with him, and I trunked the book and moved on to something else.

But then last year, I wound up in the hospital in October and spent a couple of months – including the entirety of NaNoWriMo — mostly stuck at home, recovering.  And since these characters had already gotten me through one tough time in my life, I wrote another adventure for them.  And I realized I hadn’t started X’s story in the right place.  I needed readers to care about his life BEFORE I smashed it, so they’d know what he was trying to get back – because that was the real stake in the book.

Plus, this character I wanted to teach an object lesson to wasn’t quite what I had thought he was at all.  X wasn’t extremely different – was still perfectly capable of making the same mistakes that would allow him to break the world – but I realized his penance was to heal it afterwards – which meant he needed to be a healer inside.  He never would be quite as rough or as dark as I’d painted him the first time through.  He wouldn’t be so solidly at fault in the conflicts in his life.  Somewhere along the way, I’d changed the very elements that made him up, without thinking through how that would spark reactions.  And it was like the difference between combining chlorine and sodium to make table salt (bitter and not terribly interesting), and combining chlorine and certain other chemicals to get something a little more explosive (and harder to look away from).  The character was still complex, still flawed, but he was far more interesting.

Going back to the beginning of the first book, changes in the relationships this new version of X would have already established spilled over into every interaction he had with the other characters throughout the rest of the story.  He was giving off a different vibe, reacting in slightly different ways, and that built up into such a different arc that I had to basically scrap half the manuscript and start over.

What this taught me as a human being: the energy you put out in the world really does help shape the kind of life you’re going to have.  If you don’t assume everyone’s motives are doubled and their words antagonistic, you’re much less likely to have a messy fight with your spouse instead of a civil disagreement, or to lose a friend forever when you make a mistake instead of working out a deeper platonic relationship based on forgiveness.  The difference in your own outlook doesn’t even have to be dramatic to make a difference.

What this taught me as a writer: fiction really is that safe sandbox we’re all looking for, where we can run scenarios and see where they lead, where we can experiment with allegories for the problems we’ve faced and try out different ways of looking at them and facing them.  We can also give a character different traits and see which ones make her into a hero and which ones make her crumble.  We can test out endings for him – deserved or not – and change them if they don’t feel right.  We can give her relationships we wish we had in real life to see what we’re looking for in a friend.  We can teach him a different lesson than the one we thought he needed to learn – and sometimes realize that was the lesson we needed to learn ourselves.

Scrapping chapters – or entire sections — of your book can seem like a lot of work, and I’ve seen students hold onto pieces of narrative that don’t work just because they’re finished, which makes them feel set in concrete, part of the “truth” of the story.  All I can say is, I’ve been there.  I have trunk novels aplenty to prove that.  But when you put in the work – and let go of the idea that you can keep your original vision 100% of the time — that’s when you’ll find freedom and power as a writer.

This Saturday, July 15, we will be discussing other ways to intentionally alter a character’s makeup and/or plot situation during Saturday Night Write: Making a Competent Character Weak.  Join us at the Flying Fish in Arlington, 4-6 PM for this FREE event.