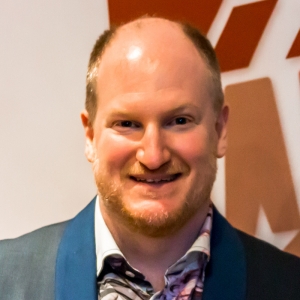 As you guys know, my books feature a lot of chocolate, and I have gotten to do a couple of events in conjunction with DallasChocolate.org.  So when I found out Dallas Chocolate’s doing a 10th Anniversary Chocolate Dinner, it felt like time to talk to Sander Wolf, Dallas Chocolate’s founder.  I can’t wait for the event on Saturday, and I’ll post a wrap-up afterwards (I think there’s still tickets, if you’re interested!)  But in the meantime, let’s chat with Sander.

What sparked your idea for the First Dallas Chocolate Festival?

I attended a blind tasting of craft chocolate. I didn’t even know it existed before that day. I thought it was amazing and was captivated by the stories of all the people making chocolate from the bean in small batches. So I invited a couple of them to come down to Dallas for a talk and a dinner featuring their chocolate in every course. It sort of snowballed from there…

How have things changed over the years?

There’s so much more of everything now. There are more chocolate makers, better sourcing of cacao beans, more packaging choices, more places that sell fine chocolate, and more consumers that have developed a taste for the good stuff. At the Dallas Chocolate Festival we’re just riding the wave.

Take us behind the scenes.  What goes into setting up a successful festival?

It’s a year-round gig. Besides securing a venue and all the technical things that have to be done in advance of the Festival, there’s a lot of work to find exhibitors. You always want more local exhibitors and more up-and-coming chocolatiers and chocolate makers from around the world. So I travel to industry events and other chocolate festivals to keep track of what’s going on. It’s a lot of work, but no one would believe me if I said that eating chocolate is anything but fun.

Walking into the back of a chocolate maker’s factory and trying products they’re working on is pretty cool. My favorite is when a chocolate friend says, “Hang on… tell me what you think of this” and then pulls out an unmarked piece of chocolate from a shelf in the back. It’s always awesome.

What is the best chocolate dessert you ever tasted?

At the very first event I did, Steve DeVries served an un-tempered piece of chocolate at a tasting. You had to eat it right away before weird crystals started forming, it was amazing. It just disappeared in your mouth.

What would you tell someone who has never tried bean-to-bar chocolate but would like to?

Just buy a bar from a small business and enjoy. There’s not much to it really.

The whole idea for the Dallas Chocolate Festival came about when Sander Wolf became interested in bean to bar chocolate and wanted to share his adventure with friends and foodies alike.  Since 2009 Sander has made it his mission to educate people about the artistry and craftsmanship involved in making quality chocolate products.

His work has taken him to food and chocolate shows around the country and into more chocolate shops than he can count.  He’s poured his knowledge into the Dallas Chocolate Festival: bringing together the finest craftsman in the industry, local folks just starting out, and chocolate enthusiasts from across North Texas.