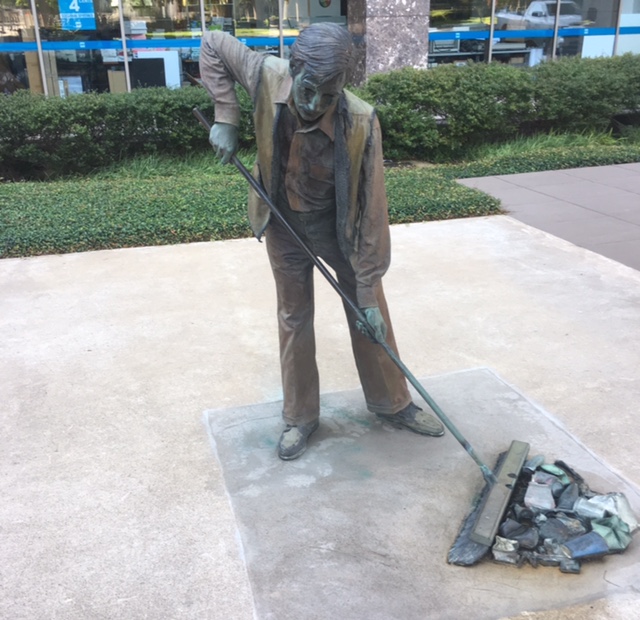 But That's Not What I Meant!

Readers are trained to try and figure out puzzles.  No matter what the genre, we give them clues in our foreshadowing, paid off in plot twists and revelations that feel surprising-yet-inevitable.  As readers, we want to feel smart – like we figured out what the writer was trying to do a page or two before the characters do.  As part of that – and because we are human beings who are wired to look for context – we pay extra attention to subtext in dialogue.

So what is subtext?  Wikipedia defines it as, “any content of a creative work which is not announced explicitly by the characters or author, but is implicit or becomes something understood by the observer of the work as the production unfolds.”  So what does that mean?  Subtext is what you get when you read between the lines when someone is speaking.  It’s everything the character (or narrator) is NOT saying.

Often it’s the “elephant in the room,” whatever the character can’t bear to talk about, or isn’t allowed to talk about.  The ultimate example of this is the writing prompt (can’t remember where I first heard it) of the three prisoners about to be hanged talking during their last night in prison.  They’ve all agreed not to talk about the impending execution.  No matter how you write it, whatever they DO say takes on added meaning – which often has nothing to do with the actual words.  Unless, of course, one of them cracks because the subtext gets too heavy.

Powerful stuff, right?  Absolutely — if it’s intentional.   The problem comes when the reader starts picking up subtext you – or the character – didn’t intend.

One thing that makes “on the nose” dialogue so painfully awkward, is that it often contains unintended subtext.  People don’t naturally speak in an “on the nose” fashion, so we as readers are looking for some explanation.  Is the character being sarcastic?  Is the writer teasing us by having the character say the opposite if what she is really thinking?  Is the character creating unintentional subtext that they will then have to deal with when the other character picks up on something that isn’t actually supposed to be there?

Let me give you a couple of examples of easily misinterpreted fictional situations:

“Would I lie to you?” Sally Trueheart said.

Erm . . . yeah!  As soon as we hear her protest her truthfulness when no one has questioned it, we assume Sally is going to betray the hero.  If that’s the case, go with it.  If not, think about how you can make her sound more genuinely truthful.  This is in part a problem of word choice, and in part reader expectation.

Poor Genuine.  He’s just been betrayed by Sally, so he’s being ironic.  Wait, no?  He honestly is feeling fantastic?  Then you’re going to have to work to make him sound not angry or sarcastic.  Consider making his answer to the question more oblique, or skip this exchange, since it doesn’t seem to be adding anything (tension, unexpected information, etc.) to the scene.

“Of course I’ll be at the meeting,” Bill Friendly said.
(later) “Why do you keep reminding me?”  Friendly grimaced.  “I’m awesomely punctual.”
(later) “I set an alarm on my phone.  I’m not going to miss this meeting.”

Friendly misses the meeting.  No?  Then you’re disappointing the reader, because all this repetition sets up the idea that this meeting is important, and something relating to it isn’t going to go smoothly.

“Of course I’d tell you if I missed the meeting,” Friendly said while flipping the ringer switch of his phone back and forth from silent to full volume.

So he didn’t make the meeting after all.  Right?  No?  Then have him do something that feels less like a liar’s “tell.”  Action tags can often add unintended subtext, because we will believe our “eyes” over the character’s words every time.

“I want to marry you, Genuine,” Sally said.  Her shoulders were slumped and she was looking down at her feet.  “I love you more than my own life.”

So Tureheart would rather die than go through with it.  What?  She’s not hiding her disappointment and bitterness that she has to marry this dork to SAVE her own life?  Then watch the choice of body language, because any body language you include is going to be seen as context for the character’s words.

Remember, the narrator is also speaking – just directly to the audience.  One misplaced piece of subtext on the part of your narrator can change the meaning of your whole story.  Consider the statue in this post’s opening image.  I THINK it’s meant to dignify the history and tradition of hardworking men and women keeping Dallas’s streets clean.  I can’t imagine any other reason someone would go through the trouble of sculpting trash.  But look at the body language and facial expression.  How could they have been altered – just slightly – to more effectively convey the message?  Try writing out what you just imagined as a description.  Would the reader identify with your thoughts, given only the resulting text?

Once you understand misplaced subtext, you can use it intentionally to keep readers guessing.  Just make sure when the trick’s unmasked, there’s a logical reason behind it.

So this is the end of the blog post.  I promise.  Because, you know, I’m telling the truth and not protesting too much.