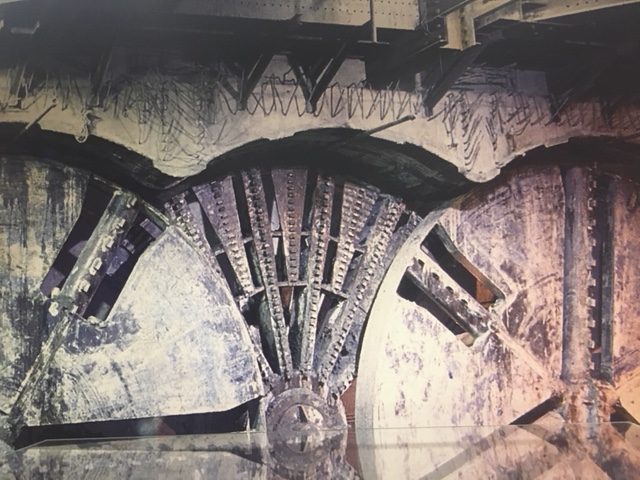 Back it up and keep it organized!

I just want to offer a quick public service announcement.

Writers, is your work backed up somewhere?

If no: rectify that immediately.  I know you never think a computer crash is going to happen to you, but everyone thinks that until it happens to them.  Even new computers can have bad hard drives (I actually had an old laptop that was on its last leg and the new computer we bought to replace it blue-screen in the same weekend.)

Ideally you want your work backed up at home (in case you lose your mobile device/laptop), on a mobile device/laptop (in case of fire, theft or other catastrophy at home) and somewhere remote (well, just in case).  I’m extra-paranoid, so I also have an external hard drive that makes data transfer easy in case of a crash.  My husband uses a thumb drive for the same purpose – and because he likes to transfer files between two different desktops.

There are several ways to handle remote storage, from services that back up your entire computer, to on-line editing tools like Google Docs.  I favor a free file sharing service called DropBox, where you upload files individually into organized folders.  (Note: They do offer – and frequently advertise – a paid version.  I have never used this and can offer no comparison of the features.)

Whatever service you choose to share your data with, make sure they are reputable.  I have heard horror stories from students who ware storing their files using a particular app that went out of business without notice, and to my knowledge, they still haven’t been able to get their work back (see the above three pronged approach for making sure that doesn’t happen to you).

Some people e-mail themselves back-up drafts, which is fine if you have some way of filing your e-mail, but this approach does tend to clutter your in-box.

Writers, have you backed up your work recently?

I know it feels easier to just back up once a week or once a month, but think about how much work you’ve done in the meantime.  Trust me, even a single chapter can be tough to re-create – not so much because of remembering what happened, but because of the bitterness of heart and/or panic that having suffered data loss makes you bring to the process.  It’s hard to recover that sense of joy/gravitas/weirdness/etc. that you infused into the writing the first time.  My advice: back up at the end of every writing session.

Writers, how often do you hit save during a work session?

I hope the answer is frequently.  I can’t be the only one who’s suffered an unexpected power outage while working on a desktop, or accidentally closed the wrong window on a laptop.  These things don’t happen often, and today’s tech may manage to auto-save your work, but that’s not a guarantee.  The University of Essex notes, “Please note that AutoRecover or AutoSave does not replace the Save command. You should use the Save command to save your document at regular intervals and when you finish working on it.  AutoRecover is only effective for unplanned disruptions, such as a power outage or a crash. AutoRecover files are not designed to be saved when a logoff is scheduled or an orderly shutdown occurs.”

In case the worst happens:

When everything crashed at once, we were able to recover the data – mostly.  If you do experience a crash, the most important thing is: don’t panic and don’t throw the device away.  They sell cables that allow you to take the hard drive from a dead computer and use it as an external hard drive on a functioning one.  (If you’ve never done anything like this before, or are too panicked from the crash to think clearly, get someone to help you before you crack open the case on the defunct computer).  Even if you’ve accidentally formatted the drive, it’s worth a shot to have someone run recovery software on it to see if you can get back all your hard work.

Filing Away Old Drafts and Cuts

Since we’re talking about backing things up, I also wanted to hit on intentionally deleting information.

Don’t delete anything until you are ABSOLUTELY SURE you won’t need it later.  If a manuscript is still in flux, you may find that that scene you thought you didn’t need is actually absolutely crucial once you re-shape the rest of the novel.

If you are using multiple files for your novel, try consolidating them using either Microsoft Word or Scrivner, both of which allow for easy navigation between chapters.  (I personally favor Word, but that’s just a personal preference.  In Word, when you format the chapter numbers/titles as headings, it moves everything between that and the next heading should you need to re-arrange the chapters.)

Handle your drafts the way programmers handle beta versions of software, and you will never lose anything from a previous version.  Your first draft is NovelTitle 1.0.  When you make a large substantive edit, it becomes 2.0.  That way, you can always go back and pull something that worked into your current draft.  And you don’t have to deal with a ton of files with random names.

The only danger of this is accidentally editing a draft that is not your current one.  I either label the draft I’m working on NovelTitle Current, or I put the other drafts into an archive folder.

When I’ve worked my way through the entire thing with a line edit 1.0 is sufficiently changed to become 1.1.

Make a “Junk” folder for your novel, and put everything you’re cutting in there.  This has the side effect of making cutting easier, because it’s not irrevocable.  Once something’s gone into the junk folder, you need a good reason for taking it out.  (See what I said HERE about Killing Your Darlings.)  A darling once killed should not easily be resurrected from its grave.

If you want to learn more about getting organized — and planning out your novel — join us for Saturday Night Write on April 21, when we will be discussing Outlining Strategies.  4-6 PM, The Flying Fish in Arlington, TX.  Free and open to all.

NOTE: Photo taken in 2017 at the Tokyo Metro Museum.