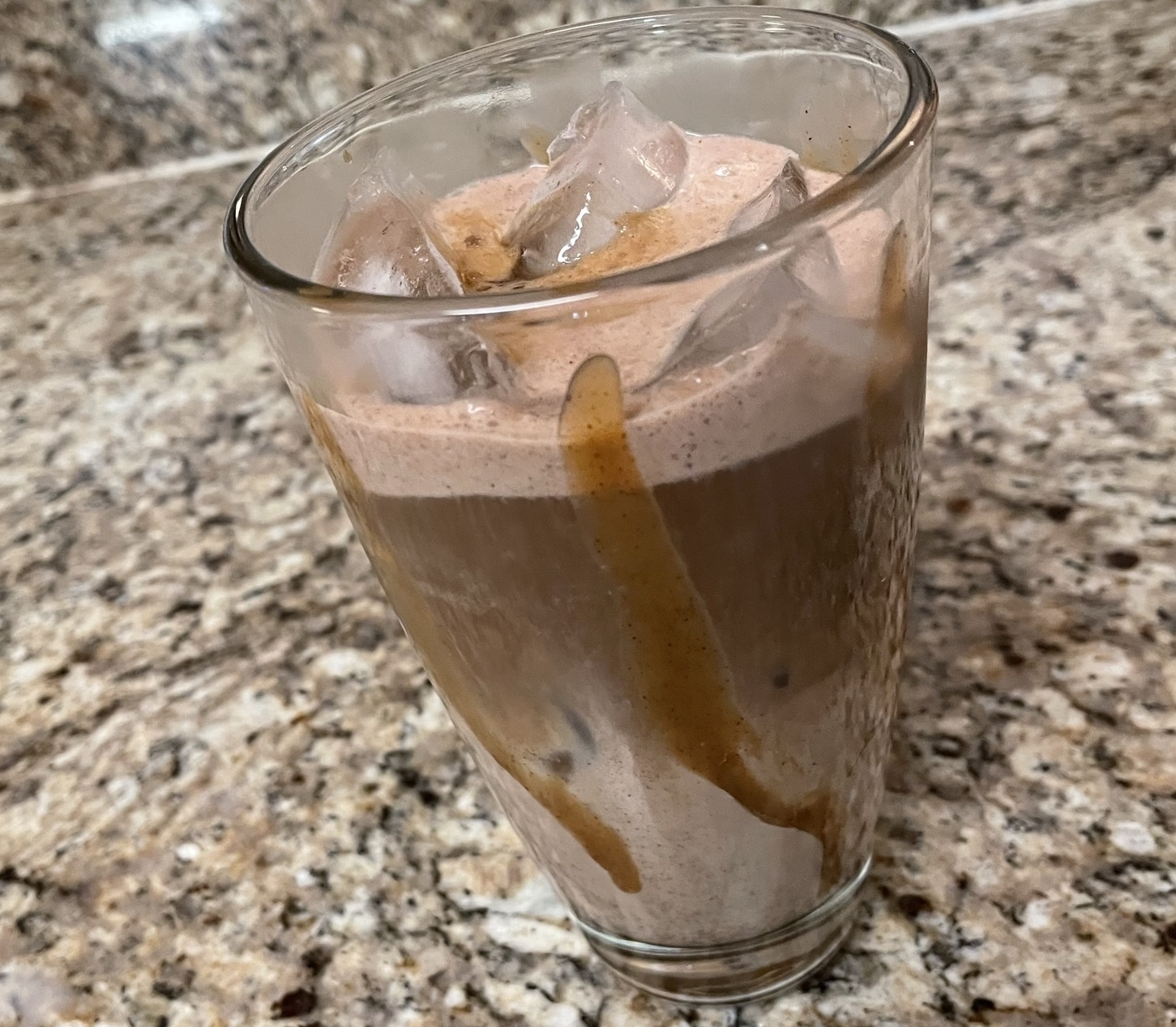 Cinnamon Caramel Sauce, for serving – recipe below
In a blender, combine the horchata and the chocolate sauce and process until smooth. Drizzle the caramel sauce down the inside walls of a tall glass. Fill the glass with ice. Add the chocolate horchata. Top with the chilled espresso.

Place the rice, crushed cinnamon sticks and 2 cups of water in a blender. Blend for 2 minutes. Add an additional 2 cups of water and blend for another two minutes. Transfer the rice and water mixture to a lidded pitcher and let sit out at room temperature for around 12 hours.
Pour the rice mixture through a fine mesh strainer lined with cheesecloth into a second pitcher. Discard the solids. Strain a second time. Stir in the milk, vanilla, cinnamon, and sugar. Chill for at least half an hour.

Bring 1 inch worth of water to a simmer over medium-high heat. Place butter and chocolate in the top of the double boiler. Whisk constantly until the chocolate melts. Add the sugar gradually, while continuing to whisk. Add milk and vanilla. Simmer for about an hour, until the mixture reaches desired thickness, stirring occasionally.

Add the sugar and water to a small heavy bottomed saucepan. Cook over medium heat until bubbling, swirling occasionally. Continue swirling occasionally and cook until the mixture thickens and turns a deep amber color like honey (this can take anywhere from 20-25 minutes), keep a watchful eye so the mixture doesn’t burn.
Carefully add the butter and whisk until completely melted. (The caramel will bubble up rapidly, so be careful and continue to whisk.)
Remove the saucepan from the heat and slowly pour in the cream, whisking continuously until all of the cream has been incorporated.
Whisk in the vanilla and salt.
Set aside to cool in the pan for 10 minutes.
Then pour into a squeeze bottle and allow to cool completely. (It will thicken as it cools.)